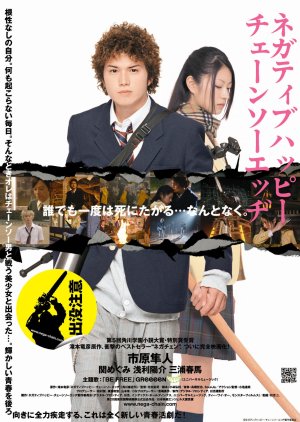 One day, apathetic high school student Yosuke meets a beautiful girl named Eri. Eri does battle every night with an indestructible, chainsaw-wielding maniac, "Chainsaw Man". As Yosuke and Eri bond, he eventually joins the fight. Features CG effects by the talents behind the "Death Note" series. Based on the best-selling novel by Tatsuhiko Takimoto. Edit Translation 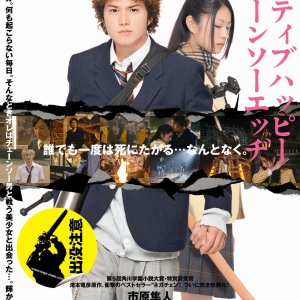 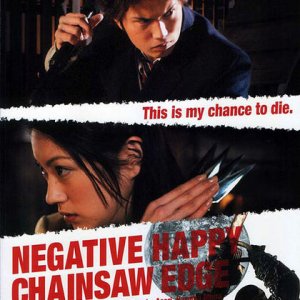 Completed
DoramaNoDaisuki<3
7 people found this review helpful
Other reviews by this user
0
Apr 25, 2011
Completed 0
Overall 6.0
Story 7.0
Acting/Cast 8.0
Music 9.0
Rewatch Value 3.0
Ok,so I want to be honest:I only watched this movie because of Miura Haruma!I had never heard of it before and spontaneously decided to give it a chance-and i must say:it was strange...

the whole movie is very surreal,loaded with fantastical elements and the plot is extremely confusing.I guess it is supposed to be a rather metaphorical story but it didn't really work for me!

still i watched it until the end (partly because Miura Haruma only appears very late in the movie!)and i really enjoyed the soundtrack!Fans of "Koizora" will be delighted to hear that Haruma has blond hair again in this movie!Another disappointment however was the fact that Haruma had only very short and few scenes in it so if u only want to watch this film for the same reasons as I did, maybe u should think about it again...

p.s.boys,plz pardon me for referring to Miura Haruma so many times!^^