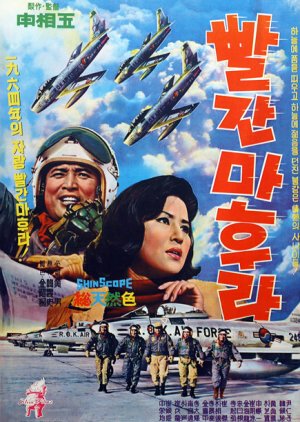 Towards the end of the Korean War in 1952 Ji Sun (Choi Eun Hee) comes to the city of Kangrueng to find work. In Kangrueng, Ji Sun meets a pilot (played by Nam Koong Won). The pilot helps Ji Sun and they come to love each other. Ji Sun and the pilot get married, but not long after their marriage the pilot is killed in combat. Squadron leader Na Kwon Joong (Shin Young Gyun) is a brave pilot. He steps in to help Ji Sun, who is the widow of his close friend. Ji Sun, who is unable to support herself, is about to take a job as a hostess for a bar. Na Kwon Joong persuades Ji Sun to not take the job. Instead, Na Kwon Joong recommends to Captain Bae (Choi Moo Ryong) Ji Sun as a potential wife. Ji Sun falls seriously ill during the time that Captain Bae visits her. With Captain Bae's helps she is able to receive better medical care and recovers. During this time they fall in love and get married. Captain Bae is then injured in battle. Na Kwon Joong visits Ji Sun and tells her that her husband is fine. Na Kwon Joong then leaves on a dangerous mission to bomb a bridge connecting a North Korean military base... Edit Translation 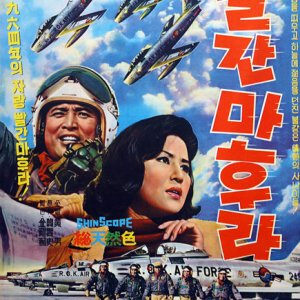 Completed
anna
0 people found this review helpful
Other reviews by this user
0
May 8, 2018
Completed 0
Overall 9.0
Story 8.0
Acting/Cast 9.0
Music 7.0
Rewatch Value 6.0
Red Scarf is a film you have to take in context to appreciate it fully, a film about the Korean war only 9 years after it had ended, this is a very important piece of Korean film history I believe, and at the time it won many awards. This film shows the struggles of the people during the war and the brave pilots who fought in it. Choi Eunhee plays a woman who comes to town looking for work, she portrays her role very well and you begin to sympathise for her and her struggles throughout the film, further more I loved Shin Youngkyun as Major Na Gwanjung his character really grabbed my attention with his acting skills and his personality showing through the screen. Overall, I have given this film a 9 which is due to a combination of the historical value, the story and the actors, I think this film is worth a try if you're interested in discovering older Korean cinema and the history behind it.