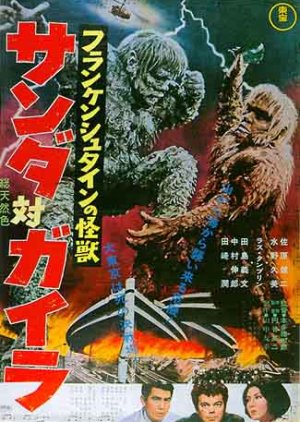 The sole survivor of a Japanese fishing boat is hospitalized in extreme shock, and later tells a story that no one wants to believe. In the woods, campers and hikers disappear and leave only chewed-up clothes, and other people report sightings of hairy giants. An American scientist investigates, then a Japanese scientist recounts what happened years earlier in Frankenstein conquers the world. He had found a mutated feral boy with a flat head, named it Frankenstein, There also is the second monster just like it, only with green skin and fur, and it eats people. Both had grown out of fragments of the first monster's body. Both Frankensteins are nearly indestructible, both team up against the armed forces, and more monsters can grow from them. Then these Frankensteins turn against each other and wage a battle to the bitter end, with the city of Tokyo as their battle arena. (Source: IMDB) Edit Translation 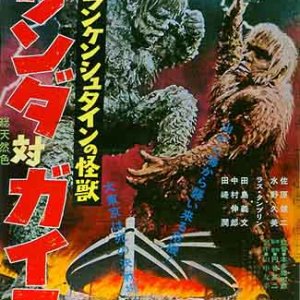