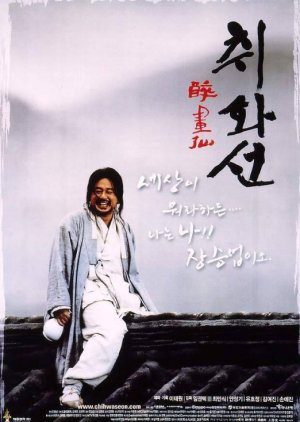 Jang Seung Eop is a person with rough yet extraordinary talent in painting who under a pen name travels the country to pursue the life of a true artist. As fame builds up, he yearns to change and stretch beyond his limits. Edit Translation 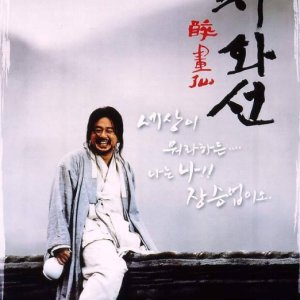 Completed
Senpai
1 people found this review helpful
Other reviews by this user
0
Jun 21, 2017
Completed 0
Overall 7.0
Story 8.0
Acting/Cast 7.5
Music 7.0
Rewatch Value 6.0
"Chihwaseon" is about a great Korean painter, '(Ohwon) JANG, Seung-Up', who was considered a prodigy in the late nineteenth century. The basic story of this film tells the life of Jang, Seung-up and the history of his time. He was an orphan, but in his teens, he was taken by a nobleman named Kim, Byung-Moon. This Mr.Kim becomes a mentor to Jang as well as lifelong friendship, and continues to support his great talent that he knew in the first place. With Jang's great effort and natural talent, his fame grows ever faster as the strength of his country, Korea falls.
Jang's personality portrayed in the film is very complicated, and one of Korea's best actors, Choi, Min-sik, is deep in the soul of Jang. The suffering eyes reveal the struggle of the life of a great artist. He is very serious at times, but all of a sudden, he switches to a wild maniac. He drinks like an alcoholic, and sleeps with courtesans at any moment. Even, he said in the film, "No alcohol and woman, I can not draw." An alcohol and women are my only inspiration. "At the peak of fame, to develop his own style, he travels around the country, and never give up his pride as an artist for authority or money.
The most amazing thing about this movie is a cinematography. It is as impressive as they captured all the beautiful scenery. Yes, each scene is like a work of Jang painting. And the script is perfect too. It deals primarily with a deeper meaning than a true artist does. For example, Kim advises Jang in the film that "before someone holds a brush, you have to set a goal in life." This is a very exciting and inspiring line, and there are many more.

New Topic
Be the first to create a discussion for Chihwaseon