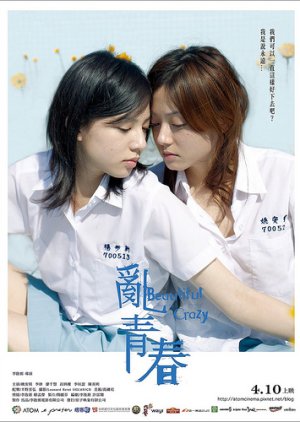 What is youth all about? Before they could figure out what was happening, Xiao Bu finds herself in a cat fight with Angel over a cigarette, Ah Mi sleeps with Xiao Bu’s boxer boyfriend, and Angel kisses Xiao Bu. What could be worse? Imagine living with an alcoholic father who chose nothing in life but to stare out of a window. Picture the embarrassment if bird droppings stained your clothes just as you were asking someone out on a date. All three girls fall in love, feel hurt, forget and have experiences that are as random as 17 year-old Xiao Bu’s coin toss which decides her future relationship with Angel. In the same place but different time, Angel’s hair catches on fire when she leans forward to examine a coin. Everything happens by chance, beyond reason. But so what? Even if the three girls never find wings under their beds, they still fly; they still sway on a moving train; they swim in an empty swimming pool; they swing freely in a park; they eat pink cotton candy on the Ferris wheel. Who cares who loves whom more, who sleeps with whom, or whose birthday cake is eaten? They still breathe and their eyes never grow dull. For without chaos, there is no youth. Edit Translation 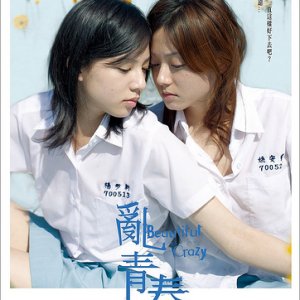