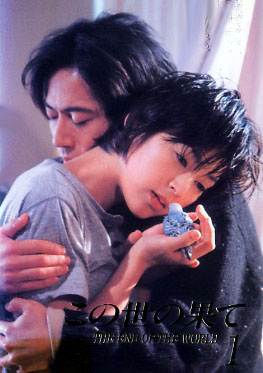 Maria is in need of money. Because her day-time job doesn’t pay enough, she works at night at a cabaret. She needs the money so that she can pay for her sister, Nana’s eyes operation. When both Maria and Nana were younger, Maria burned down the home, causing her sister’s blindness and killing their father (mother survived.) Shiro is a famous concert pianist. However, he isn’t happy with his marriage or his life in general. Maria and Shiro are united through a traffic accident, causing Shiro to be hospitalized. Faking amnesia and his identity, he stays at Maria’s place and eventually starts to work at the cabaret as a piano player. As you will find out later on, life was not meant for Maria and Shiro to find one another. Edit Translation 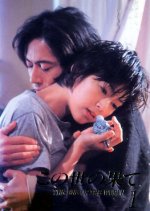 Completed
DragonAlien
34 people found this review helpful
Other reviews by this user
2
Oct 6, 2014
12 of 12 episodes seen
Completed 2
Overall 10
Story 9.0
Acting/Cast 10
Music 8.0
Rewatch Value 8.0
One more drama from the 90s without any review. So I decided to write about this one, too. Honestly I think these old dramas are the best in every way you look at them, especially dramas with romance as the main focus. I wanted to watch this one because I liked the story and because of the brilliant cast, Mikami Hiroshi, Toyokawa Etsushi and Suzuki Honami. Those actors are really so talented and I enjoy in their works especially in Etsushi's dramas. This was his first drama, his first role so I guess that's why he wasn't the main lead and didn't have so many scenes to show what he's made of but he was good enough, exactly what was his role he portrayed it in the best way.

As for the Suzuki, that woman is just too beautiful, I watched her in Tokyo Love Story where she was fantastic but in this drama she was way too brilliant and amazing, I was hypnotized all the time when she was in the screen. Hiroshi as the main guy, I was mesmerized by him, he just know how to portray tormented, lonely, tortured soul with a serious psychological problems, I've seen him in Lipstick and there he was fantastic and I thought that he couldn't play better any role. But I was so wrong. This is for sure, 100 % his best role, the most complex one and I've never seen that kind of acting like his in some drama.

One thing is sure about this drama and that is that there isn't no darker and more depressing Japanese drama than this one. Literally. I've watched many of them, old ones, new ones but like Kono yo no Hate, never. I mean there are no happy things at all, rarely you get to see some smile, some light, well maybe only in the last episode. This is the first drama I saw that there was a drug addict as the main lead and that someone from the top, a married man with career, a famous pianist fall so deep down in a a gutter and become worthless. And that is what fascinated me and wanted to see more and more, how Hiroshi played a heroin addict, you know how Japanese are the masters in creating some drama to be so realistic one, and I really thought that he was on some drugs. He starts from the top, a man with money and power who accidentally meet Mariya and fell in love with her, then the next stage is how he leaves everything for her, they start to live a happy life but not for long because some things begin to happen and slowly everything starts to fall apart. What left me with the most impressions was that man Shido, how he became wreck of a man, you could see how heroin had an affect on him, how he destroyed everything he had and the woman he loved because of that drug. This drama showed us how no matter how much you love someone if you abandon everything, your life, your career for that person and the most important if you lose yourself, start to lose self confidence and doubt in yourself and the woman(man) you love causing to become jealous and obsessive, you'll lose everything and that's when you turn to other vices and destroy your life and all that love you had for someone. It was very difficult for me to watch this drama because I am a person who hates drug in every single way but I always want to hear the stories and to listen to people who have gone through that hell and that's why this drama had such a big effect on me.

As for the main girl Mariya, she was the most gentle, kind and selfless person in this drama, actually the most selfless character I've ever got to meet but not the stupid one. This girl should have a medal for everything she's gone through, she was not typical girl at all, dressed more like a guy with short hair, smoking cigarettes all the time and with a quick temper. But how strong she was, how smart, how she was helping selflessly her sister, her mother, Shido to the very last breath. She was also a very tormented young soul with tragic past and you could easily see through each episode how she was struggling with everything, with all the insults, offensive words, rude behavior and remained strong, positive and cold from the outside, I think she is the woman I truly admire and respect.
In this drama I liked also the side characters, especially the guy with a scar, he was such a hero and cool guy, and I liked it how you get to see their stories, not only of the main couple.
There are no perfect and happy people in this drama, everyone had their own flaws and issues in the brain, simply that is the thing with Japanese, when they make a drama they make it more realistic and more darker than anyone else. And I admire that completely.

Kono yo no Hate is a drama with tragic events, dark issues, depressed atmosphere, crazy people, many tortures souls, with music in the background which suits so good with all the non happy things and happenings, I truly think that this drama is no doubt the most complex one I've ever watched but also a drama with the biggest and strongest emotions ever.
A true love story about a man who had everything and lost everything because of his stupidity, immaturity and jealousy and a woman who didn't have anything and who fought 'till the last breath for the people she loved risking her own life and not stopped believing and trusting her man. The story that showed us how love great and strong can be that nothing couldn't stop or destroy her but that sometimes just love isn't enough.
A true masterpiece for me.
If you look for something very different than all other dramas, if you don't mind real human stories, if you don't mind dark, depressed, problematic and mind issues plot with the complex characters, if you love a full development of how and why things happen and if you love not simply, not fairytale, a very serious and complicated romance story then this drama is a must watch for you. Also what was a big plus to the drama is how at every beginning and ending of an episode, Shido narrates and telling us his own thoughts from the time he met her until the end and you could easily find yourself to understand and feel everything he tells you through those sentences.
For me it was a piece of art. And in the end left me with so many lessons, deep messages and gave me a light in that dark atmosphere. 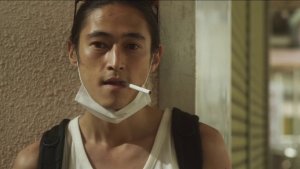