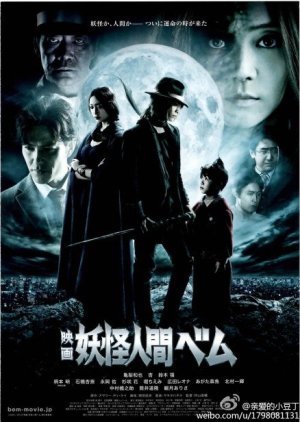 Bem, Bela and Belo arrive at a new town plagued by a series of mysterious, unsolved cases which, as they discover, are caused by another youkai, one more powerful than they have ever encountered. The story will also focus on Belo's first love, and his increasing desire to become human. In the meantime, Bem and Bela have found a way to become human, but are conflicted about whether to let just Belo turn human, or along with Belo, become humans themselves. Edit Translation 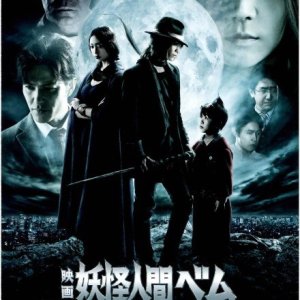 Completed
_Muffty_
4 people found this review helpful
Other reviews by this user
0
Jul 23, 2013
Completed 0
Overall 8.0
Story 8.0
Acting/Cast 8.0
Music 7.0
Rewatch Value 6.0
For those who watched the series this is a good extra episode. I wouldn't say that it brings the story to an end. I didn't feel a difference to the end of the series. But still it was nice to watch.

Story: It was not a really special, but still a nice story. Sometimes I thought I was watching splatter(well with green blood^^) and some fighting scenes were a little long, but apart from that it was fun to watch.

Acting/Cast: The cast was well chosen. Kame and Anne were great as always and I thought that the girl actor was really good too. Well the only unnatural thing about their acting were the monster postures, but that is probably to get closer to the anime.

rewatch value: I rated it a little low 'cause it only feels like one of the episodes, nothing special, no closure.

All in all really good but more of a special episode than a movie. I hoped they would show a bit more about their future, but I don't hate open ends.^^

New Topic
Be the first to create a discussion for Humanoid Monster, Bem