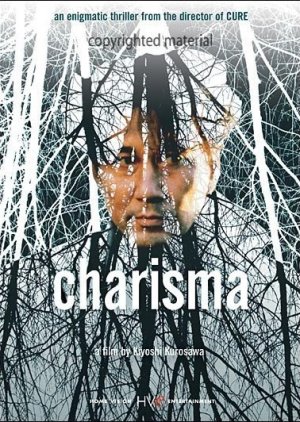 Idiosyncratic auteur Kiyoshi Kurosawa directed this bizarre allegorical tale about a tree named Charisma. Goro Yabuike (Koji Yakusho) is a burned-out hostage negotiator called to rescue an MP from a gun-toting lunatic demanding that "rule of the world" be restored. In a moment of indecision, he fails to act; as a result, both the MP and the lunatic die, while Yabuike is sent on a forced vacation to an unnamed forest area. There he comes upon a single tree surrounded by an I.V. pole, metal supports, and strange altar-like objects. Yabuike soon discovers that the locals are enmeshed in a battle over the tree's future. The plant is staunchly, sometimes violently defended by Kiriyama (Hiroyuki Ikeuchi), a young resident of an abandoned sanitarium who believes that Charisma is unique and should be preserved. On the other hand, Mitsuko (Jun Fubuki), a do-gooder botanist, credits the mysterious tree with poisoning its fellow plants and upsetting the eco-system. Other characters include thuggish lumberjacks and rapacious tree-hunters hoping to buy or steal the rare tree at any cost. As things come to a head, Yabuike is forced to make the sort of decisions of which he was incapable as a hostage negotiator. Is Charisma a force of evil or the victim of the obsessions of those around it? Is it the unique specimen that should be saved or the entire forest? Again Yabuike is flummoxed, but this time he acts before it is too late. Edit Translation 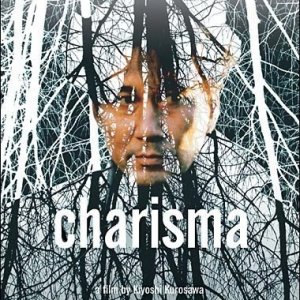 New Topic
Be the first to create a discussion for Charisma