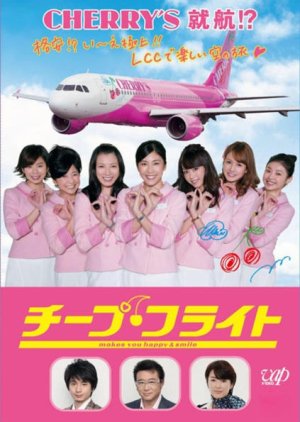 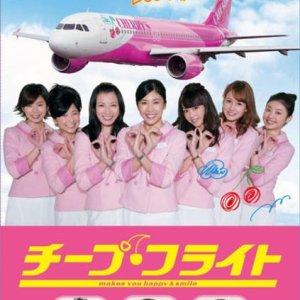 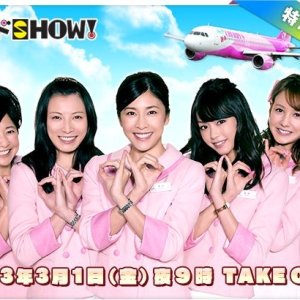 Let me organize this into categories:

Unique storyline. A Mixture of Cute Comedy. The former "Pride" mature female lead is being forced to be downgraded into an airline company called "Cherry" where she previously worked at a prestigous airline company for 10 years. With lack of employees, they decide to hire new trainees in order to make their company a "low-cost", "affordable", and "cost-efficent" airline. Her struggles is from losing her high-class airline reputation, attempting to "fit" in with the low-cost airline company with previous training experience in excellent customer service to handling her bosses' beliefs for the company and their unexpected behaviours.

If you like a light comedy with a business side and tiny lessons to be learned, this is a drama for you.

Constantly playing random, cheesy Americanized (1990's, early 2000's) songs being played throughout the movie such as
"Survivor by Destiny's Child,"Like a Virigin" by Madonna, "Crazy in Love" by Beyonce (x2), "American Pie" by Don McLean, "You Gotta Be By Des'ree", "A Thousand Miles" by Vanessa Carleton, "Stay" by Lisa Loeb, "Some Say Love" by LeAnn Rimes, and many others....

-Music needs to be transitioned better and most of time distracting the plot and cast of the story. It made absolutely no sense and no attachment to the storyline.
Barely any instrumental music in between except the Americanized songs.

The only recognizable song at the end of the film is "Poster Girls" and the only song that fitted well with the film.

At times, a little overreacting but a nice ensemble of characters that are well-fitted together. Clownish, yet cute. Enjoyed the main female lead's character and her expressions! She's quite good. The adorable, silly trainees is a necessary addition for the cast.

Overall, this movie have some powerful lessons that are portrayed, all mixed in together with comedy, life and the power of friendship and career dedication.

Completed
okochama
3 people found this review helpful
Other reviews by this user
0
Mar 31, 2013
1 of 1 episodes seen
Completed 0
Overall 10
Story 10
Acting/Cast 10
Music 10
Rewatch Value 10
Saw it while in Japan. Excellent story and very very entertaining. Just love the cast and the intricate struggles between Miharu's experience and attempts to provide excellence vs. untrained newbies from all casts of life and the no-service policy. Brilliant. By the way, ???? -Happy Birthday :-)
Was this review helpful to you?
View all

New Topic
Be the first to create a discussion for Cheap Flight!!