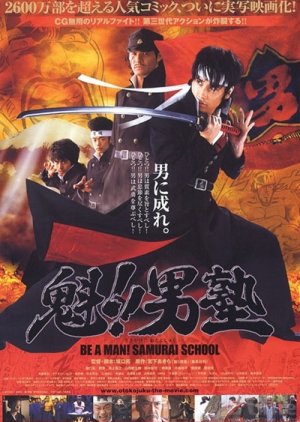 Otokojuku is a private boys school where true men are made. First year students quickly indoctrinated into the school's idea of what it takes to be a real man by Drill Master Onihige's constant berating. Momotaro, proficient in both academics and martial arts becomes friends with an underachieving weakling named Hidemaro. Together, they survive their Otokojuku days and become close with their classmates. Omito Date, former leader of the first-year students, plans his revenge against his former school. He is now leader of an evil army from rival Kanto Gogakuren school and fully intends on taking over Otokojuku. The Otokojuku principle, Heihachi Edajima, will not allow personal vendettas on school grounds, so the battle has to be taken elsewhere. Edit Translation 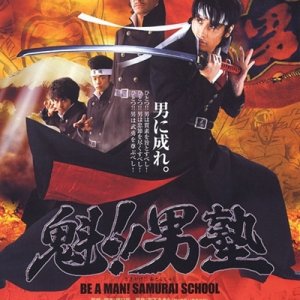 Completed
Maren
1 people found this review helpful
Other reviews by this user
0
May 28, 2014
Completed 0
Overall 7.0
Story 8.0
Acting/Cast 10
Music 10
Rewatch Value 5.0
To be honest I had already twice tried watching this. But the beginning wasn't much appealing so the first time (long time ago) I closed the movie after 10 or 15 minutes. The second time was yesterday after watching "Death Trance" when I found out that Sakaguchi Tak was acting in it too I tried it second time because I had already forgotten about that movie. I saw the beginning and closed it again after 15 minutes even if I had recognized my favourite because the story seemed to be just cruel an stupid.
BUT today (3rd time trying) I decided that I would endure it 'till the end just for my dear Sakaguchi Tak. And I'm glad I did, because after a while the story gets really interesting and thrilling.
I ended up watching the whole movie without having to force myself 'till the end.

During the movie I forgot after a while my surrounding and was "living" the movie. As if this was happening around me. The actors were acting very very convincingly. The movie even moved me to tears.

Worth watching. But after knowing the story it's boring to watch it again because you'll already know the ending.

New Topic
Be the first to create a discussion for Be a Man! Samurai School