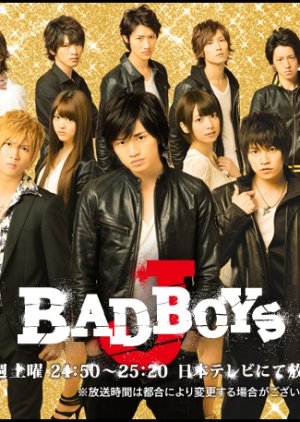 The story is set in Hiroshima where powerful delinquent groups are crowded together, and it depicts the intense youth of the delinquents. In the drama, Nakajima will play as the leader of a delinquent group “Gokurakuchou”, named Kiriki Tsukasa. He has a strong sense of justice, and honest person, but once he loses his temper, he exerts unbelievable strength. Also, Kis-My-Ft2′s Nikaido Takashi will be making an appearance as Danno Hidenori, the leader of the top group of gangs in Hiroshima, called “Beast” while A.B.C-Z‘s Hashimoto Ryosuke will play as Hiro, the leader of “Hiroshima Nights” that is the opposing group to “Gokurakuchou.” Reportedly, many of Johnny’s Jr. members will appearing in the drama as well. Edit Translation 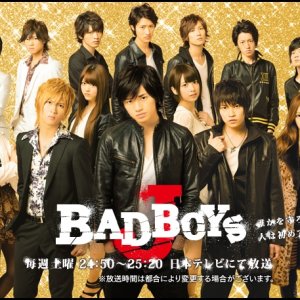 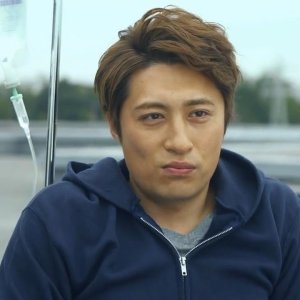 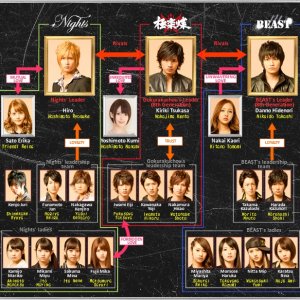 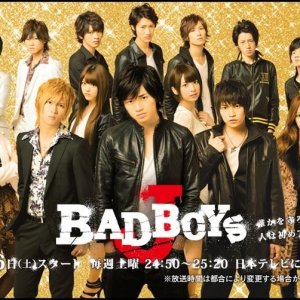 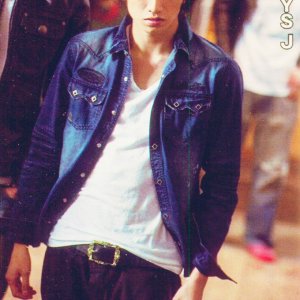 Completed
Roxyone03
2 people found this review helpful
Other reviews by this user
0
Aug 28, 2015
12 of 12 episodes seen
Completed 0
Overall 7.0
Story 6.5
Acting/Cast 6.0
Music 5.5
Rewatch Value 6.5
To start off, I originally watched this drama when it came out a few years ago, but never actually got around to writing a review. After rewatching it recently though, I found my thoughts on the show have changed a bit since the first time watching. I've never read the manga, so I will be basing my opinions on just the drama itself.

Basically, the story revolves around Kiriki Tsukasa (Nakajima Kento), a new transfer student, who unintentionally becomes the new gang leader of Gokurakuchou, one of the big three gangs in hiroshima, while trying to win the heart of his love interest Yoshimoto Kumi (Hashimoto Nanami). The plot follows Tsukasa's experiences in leadership, friendship, and romance as he tries to take on being a gang leader and faces off various opponents along the way. His usual persona is a bit timid and doesn't look strong at all, but when it comes to protecting the people he cares about, his true power is revealed which unexpectedly makes him a great gang leader. I found this drama had a similar setup as other fighting dramas such as Sugarless and even the classic Gokusen series, where each main character has an episode to focus on their personal problem, new fighting opponents each episode, as well as a main character who shows overwhelming power and courage to fight for those they care about, all while teaching others valuable life lessons. It also has a similar casting comparison with Shiritsu Bakaleya Koukou where they pair JE boys with a female idol group, only this time it's with Nogizaka46. With only 12 episodes that span about 22 minutes or so, the plot didn't have enough time to really develop into much and there were various plot holes, but entertainment-wise, it was enough. Outside of the fighting scenes and main storyline, the many comedy parts they added into the show were actually pretty funny and helped to enhance the sense of friendship the characters shared with each other. The gang auditions and dating simulations were hilarious, thats all i will say.

Here's where I might get a bit more critical with this drama. Clearly, most of the cast was chosen for the visuals. With many JE boys, the acting is definitely not the strongest and there were also many scenes that were a bit overacted. I laughed out loud during a few fight scenes where it clearly looked super fake or parts with super cheesy dialogue, but I suppose that could be seen as a charm in itself. Itano Tomomi's acting wasn't very impressive either. Although I'm a fan, her acting was severely underwhelming and she basically showed the same blank expression throughout the whole drama. I'm not really sure what the point of her role was, yet they kept giving her screen time of her just doing the same thing. Unfortunately the Nogizaka46 members in this drama were lacking in their acting as well, but it wasn't a big deal since most were minor characters anyway. What I will say though is that Triendl Reina and Hashimoto Ryosuke seemed to stand out the most out of the side characters. They had good chemistry as a couple and also when it came to Reina's parts, she was more convincing in portraying the role of a gang leader's girlfriend. Not to mention they were pretty funny together as well.

When I first watched this drama years ago, I thought Nakajima Kento didn't fit the role as the main character of this drama at all because it was difficult to picture him as someone extremely strong just looking at his image alone. He clearly has both a slimmer and smaller build compared to the other actors. After watching it the second time around though, I think he did the best he could do with his role. Even if his physical image didn't match his character, everything else did; he somehow made it work. The snow man members who played Kento's friends in the gang were decent at their roles as well, with Iwamoto Hikaru standing out the most. I assume that's why they gave him a more prominent part as the second in command within the gang. When it came to the big 3 gang leaders, I felt that Nikaido Takashi fit his character perfectly. Like Tomomi, he didn't have a lot of dialogue until the latter half of the drama, but he had a strong leader vibe to him and was more believable in being labeled as a strong opponent compared to others.

The songs for the drama were limited as they only used Bad Boys by Sexy Zone as the title/opening track and Sekai de Ichiban Kodoku na lover by Nogizaka46 as the ending song. I found it a bit cheesy whenever they started playing Bad Boys whenever a fighting scene was about to start, but I got used to it after awhile. There were also a few times when Sekai de Ichiban Kodoku na lover came on and i felt it didn't fit with the scenes shown, but since they needed to promote the songs, it was understandable I guess.

Overall, I will say that this drama is entertaining and as others have mentioned in the comments before, those who are fans of JE boys will probably enjoy watching it most. It's not a drama to be taken too seriously; the episodes are super short, and it has a pretty straightforward plot although it might be repetitive to some viewers. Even though it wasn't the best JE drama I've seen, it's something quick someone can enjoy for handsome boys, pretty girls, and some good laughs to kill time. It has some rewatch value, partly due to its short duration and positive messages, but it may not be to everyone's taste as there are definitely better JE dramas out there.

Completed
EveFlower
0 people found this review helpful
Other reviews by this user
0
Feb 8, 2016
12 of 12 episodes seen
Completed 0
Overall 8.0
Story 8.0
Acting/Cast 6.0
Music 5.0
Rewatch Value 6.5
Bad Boys J did well. The music wasn't as entertaining as it should've been but it still got my attention.I enjoyed the fact that the main character was introduced weak and you would've only thought him as a side. I give thumbs up on the fan (girl *wink*) service. Though the battles could've been a bit more realistic, especially their stumbling were kinda over acted. The never ending turn about, when one stories ends anther begins. The cliche hero changing people. The adorable and cute boys. Honestly just about everything you'd want to see in a title Bad Boys J.
Was this review helpful to you?