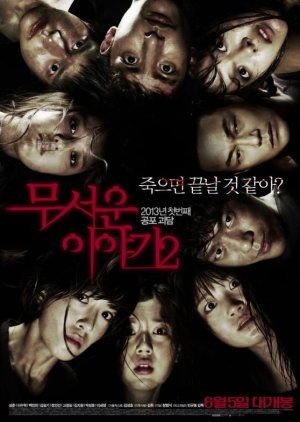 The omnibus film will hold episodes centered around the theme of ′afterlife′:- "Beginning Story - 444": Department Head Park and new employee Se Young walk into the secret basement storage room to take out old files. Park knows Se Young possesses a freaky talent, which is to communicate with the dead. Park orders Se Young to draw out secrets from cases that are suspected of insurance fraud. At 4:44 AM, when their stories about to end, a dark shadow is cast over them. "Cliff - Jeolbyuk": Dong Wook and Sung Kyun are stuck on a dizzying cliff, where they can't see the ground. They only have one candy bar. In order to live, one of them has to die. "Accident - Sago": Ji Eun, Mi Ra, and Sun Joo fail a teacher certification examination. To cheer themselves up, they set out on a road trip. Due to an accident, it soon turns into a nightmare. "Escape - Talchool": On his first day as a trainee teacher, Byeong Shin is humiliated by his students. He follows a strange story told by his student Tan Hee, who is possessed by black magic. He then becomes locked in the entrance to Hell. Edit Translation 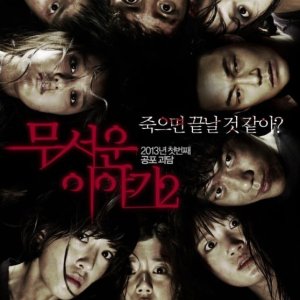 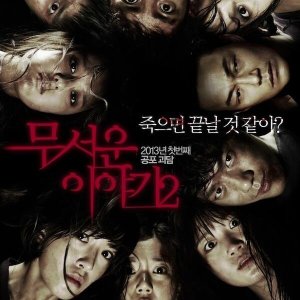 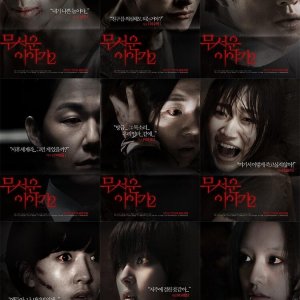 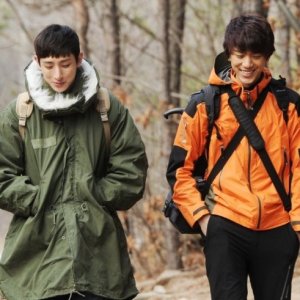 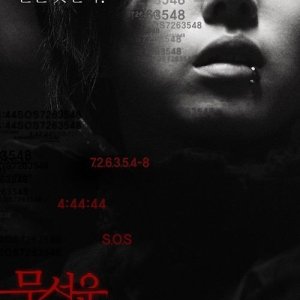 Completed
Goliath1357
3 people found this review helpful
Other reviews by this user
0
Apr 17, 2014
Completed 0
Overall 5.0
Story 5.0
Acting/Cast 6.0
Music 6.0
Rewatch Value 4.0
We are again treated to a storytelling scenario but the sequel fails to outdo it's predecessor. This time around we get a collection of short stories that have a conclusive ending but that doesn't make up for an incredibly messy narrative. The stories were also a bit less interesting and incredibly predictable. One story in particular tried to take a comedy/horror route which, while somewhat funny, made very little sense. I also found the pacing to be quite slow, adding to an overall mundane effort.
Was this review helpful to you?

Completed
Kate is the true star
0 people found this review helpful
Other reviews by this user
0
14 days ago
Completed 0
Overall 3.5
Story 2.5
Acting/Cast 5.5
Music 5.0
Rewatch Value 1.0
Horror Stories was not an engaging movie, but it did grab the attention of the viewers in the beginning scenes and first story. Sadly II movie in the series serves us rather dull first act. In first movie the bounding plot was grounded in reality and was made as a good connection to more unrealistic and supernatural stories. Here, from the get go the paranormal element is being introduced which makes all the rest stories that less scary. The underdeveloped plot and sometimes ridiculous plot lines could be excuses as the lack of imagination of the main character in the Horror Stories, this movie shows them as real events from the past so the stories themselves should have been more polished.

[ Cliff - Jeolbyuk ]
The premise of this story is simply unbelievable. It looks like more like an add for Snickers rather than a horror movie. 4 days without water in these conditions would make them so tired I refuse to believe they should have power or strength to fight for that chocolate bar. Especially since eating it would make them even more thirsty. since the setting is this unrealistic, the whole feel and mood of the story falls short.

[ Accident - Sago ]
It's fair to say this one was the most boring and predictable of all the stories. The set up was unoriginal, the characters were not captivating and the horror element was almost not there.

[ Escape - Talchool ]
This was the story I was most excited about. Jung Bum Sik also directed Haewa Dal story in the Horror Movies and it was for sure the best out of the 4 presented in the movie. Surprisingly, I also loved Escape but for a vastly different reasons. The comedy was over the top, the scares were ridiculous. Even tho it did not fit the overall mood of the other stories at all, I still enjoyed it the most. I'm not gonna lie, I did crack a smile and laugh few times.

OVERALL: It was worse than the Horror Stories. The stories had less of the plot, less interesting characters and less scares. Yet again, the only story worth watching was directed by Jung Bum Sik. 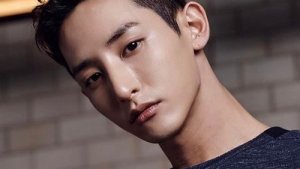 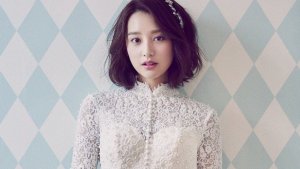