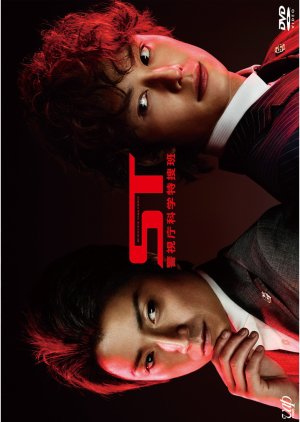 Five outstanding researchers from the Tokyo Metropolitan Police Department’s crime lab are gathered and given powers for special investigations in response to diversified modern crimes. They are called the Scientific Task Force or ST for short. The new, elite Inspector Yurine Tomohisa becomes the ST’s commanding officer. Meanwhile, a shooting rampage breaks out. Five people are shot and one of them, a female company employee, dies. The media reports this as Japan’s first case of indiscriminate shooting. The ST is mobilised and Yurine heads to the crime scene. The members of ST have already arrived: Aoyama Sho, a profiler who skipped grades and graduated from an American school with a PhD in criminal psychology; Kurosaki Yuji, a chemical expert with such an excellent sense of smell that he is able to discern the scent of poisonous substances; Yamabuki Saizo, a chemical expert who is also a monk; Yuki Midori, a physicist who also has an exceptional sense of hearing. All of them possess great abilities but are socially inept. The most eccentric of them is their leader and forensic expert, Akagi Samon. Akagi, who has a fear of other people, confines himself in his own room and analyses cases based on the information from Aoyama and the rest. Edit Translation 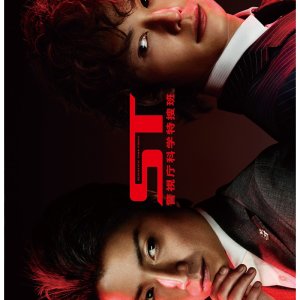 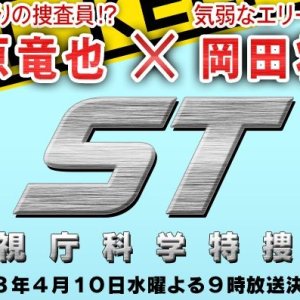 Completed
Erin
1 people found this review helpful
Other reviews by this user
0
Aug 23, 2018
1 of 1 episodes seen
Completed 0
Overall 10
Story 10
Acting/Cast 10
Music 10
Rewatch Value 10
I've been wanting to watch the "ST" series for a while, from start to finish beginning with this special but my timing was never right and I could never seem to get into it... until today that is! Kubota Masataka, Okada Masaki, and Watabe Atsuro were the only three that I thought I knew in this series, which was why I was interested at first, but when I started to watch I realized that I knew a lot more of the cast than I thought and I gained interest in a few new actors as well.

The story itself is pretty old, but not cliched in the least; the writer(s) and director really took their time and really made this storyline and plot their own. I never guessed the ending, nor did see a few twists coming throughout the special. A couple of pieces of the story felt rushed, and the ending seemed to quickly close off, but all in all, it was a very good set-up for the series! The characters were very well supported by nice back stories and they all felt very real and "human" (mini-spoiler alert).

This is definitely a good special to watch if you're interested in the "ST" series or if you like crime/detective dramas. Though I would not suggest watching this only because of a specific actor, because it will get boring really quick, I think that is what happened to me the first time I wanted to watch this...

Completed
Orangevine
0 people found this review helpful
Other reviews by this user
0
4 days ago
1 of 1 episodes seen
Completed 0
Overall 7.0
Story 7.5
Acting/Cast 9.5
Music 6.0
Rewatch Value 6.0
This is a first installment of 'it's so bad it's good' ST detective series with its unbelievably fun characters and outlandish plot developments.


First and foremost, ST should not be taken seriously. This is not so obvious from the first half of the movie. After all, a lot of diagnoses fly around and we haven't yet seen enough to decide if Fujiwara Tatsuya' character have a real agorophobia or a Hollywood one. Eccentric scientist haven't yet revealed the extent of their 'fake science' knowledge and the plot seems coherent.

Then the pile of small details like the obviously fake wig of Shida Mirai or the way expertise in chemistry gives one super smell becomes too hard to ignore, and as the movie comes to its close the viewer is left with no doubts that ST is actually a trashy mystery movie.

That knowledge, though, is not in conflict with another truth: ST is very fun. Okada Masaki who is arguably the most handsome actor of his generation, plays a hapless inspector who tries to convince unreasonable forensic experts to help him solve the case using the sole method of looking at them with his puppy eyes.

His puppy eyes game, though, is so strong it works on the most unreasonable of the bunch - the expert played by Fujiwara Tatsuya. It's hard to find someone more suitable to play powerful but anxious detective with sinister aura than Fujiwara. He suffuses his character with much needed vulnerability and cuteness. Together with Okada Masaki, they are perfect as unlikely detective duo.

Kubota Masataka adds considerable charisma to his character who doesn't even have lines and shows off his action skills. Kubota's road to blockbuster action movies was long but the destination well deserved.

Finally, Hayashi Kento plays the big bad boss who always wants to fire or reassign everyone. He looks like middle-schooler (or a fed-up chihuahua) but he is too well of an actor not to put his all in the role.

All of this combined with fast-paced if outrageous plot makes for a fun watch.