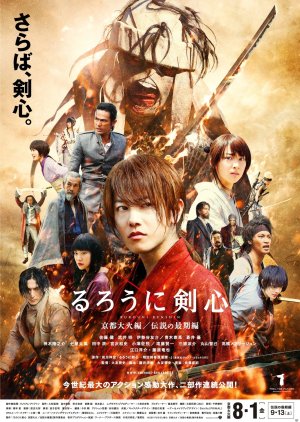 The "Kyoto Version" takes place several months after Kenshin joins the Kamiya Dojo. Shishio Makoto plans to conquer Japan by destroying the Meiji Government, starting with Kyoto. Feeling that his friends may be attacked, Kenshin goes to meet Shishio alone in order to defeat him. However, many of his friends, including a young Oniwabanshuu named Makimachi Misao, decide to help him in his fight. ~~ Adapted from the manga series "Rurouni Kenshin" by Watsuki Nobuhiro. Edit Translation 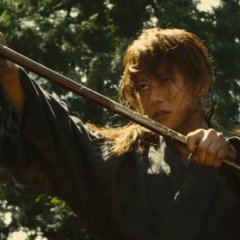 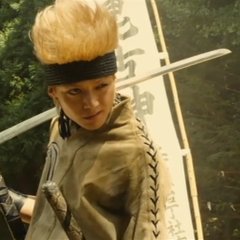 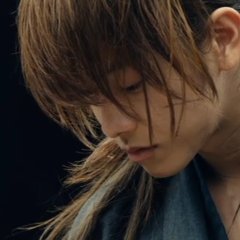 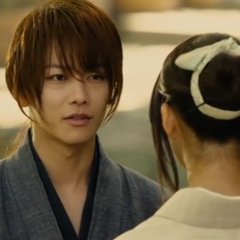 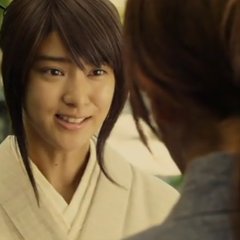 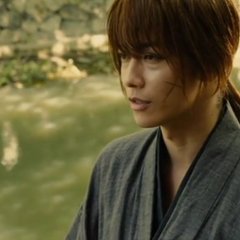 Completed
Hangebokhan
22 people found this review helpful
Other reviews by this user
1
Aug 2, 2014
Completed 1
Overall 9.5
Story 9.5
Acting/Cast 10
Music 7.5
Rewatch Value 10
This review may contain spoilers
Hello, I’m Han, on old member popping up for a visit. Since I live in Japan I had the privilege to be able to watch this movie on opening day. Sadly, work got in the way so I went the next day. Since I know many of you are anxious to see this movie I thought I would share my feelings on the movie to whet your appetites for this amazing movie... or torture you, depending on how you wish to take it. Any spoilers would only be in referencing to the manga and will be in their own section. I also can’t get too specific anyways as I only understood the movie in my heart, not my head. Well, I could understand it in my head a lot more than the first one but the point remains that there were no English subtitles. The movie covers from the start of the Kyoto arc until the journey to Edo.

The movie opens in a glorious, if a bit cliche, horror movie like set with Hajime leading his troop of soldiers into what is revealed to be Shishio's self designed version of hell. This very clearly set the movie up. You are left with NO doubts about exactly who the big bad is. This scene also sets up one of the reasons I really like the series: The action, and the entire movie really, are very reminiscent of old Japanese samurai movies.

When we come upon the Kenshin gumi they are watching Kabuki in Asakasa (the historical center of kabuki) and boy is it funny! This I like for the comedy of the scene. I won't summarize the movie any farther but the first two scenes do a wonderful job setting up the movie.

I would like to point out that the director paid attention to details many modern movie makers are forgetting! From what I could tell, everyone's sword etiquette was taken seriously. When Kenshin is sitting down, you better believe his sword is on his right side and he sheathes his sword correctly.

The action scenes were great with only three or four moves that were truly impossible and obviously wire work. The action was BEAUTIFUL, exactly what I expect from this director and series.

Further on this, EVERYONE looks like their manga counterpart, 100%. They did an amazing job with that. Shishio, oh boy is he great. Sejiro? Batshit insane, just like he should be ^_^

While the movie does try to give you an extended sense of time, it does not really manage to do it. The movie starts in winter and ends in summer (I am guessing, there were no hard dates posted besides the years).

Kenshin is very classical Kenshin the entire movie and has a beautifully choreographed play fight scenes with Masao and had everyone in the theater laughing.

On Masao, Karou, and Yahiko... Masao ended up being more of a token comic relief, just like in the manga, but when the fighting came down to it she was badass. On the other hand, I feel like Karou and Yahiko were a bit depowered from the manga which disappointed me. That is not to say Karou did not kick a LOT of ass, just not as well as I had always thought of her as doing.

The music was a disappointment to me because there were so many modern instruments and melodies. I really think the movie would have benefited from having significantly more classic Japanese music to really take you back. While there were some classic instruments and scores, there was also a lot of jarring modern music that brought me out of the movie.

Overall, I really loved the movie and felt so bad for the couple sitting next to be because I was quizzing the guy next to me on what it said on screen when kanji came up. For ALMOST the entire movie there is no point where you could point and say “CGI!!!” which I think is really important for this genre. There are lots of laughs in this movie and all the actors did a superb job holding true to the source material. This series has become the best anime turned movie. I wish Hollywood would take note and see what truly makes a movie good. I really hope they keep it up. Luckily, the next movie comes out in a month!

If you have any questions, spoilery or otherwise, please feel free to ask, I will answer them to teh best of my ability!

~~~~~Now for the potential spoilers! If you are super sensitive, stop here.~~~~~

The movie does a great job of following the manga while cutting some less relevant stuff right until the Battle for the Baby. After that, some stuff is a bit swapped around and changed. Not too incredibly jarring, but not great either.

Back to costuming: Crazy sword collector does not have his belt whip sword which I was VERY happy about. There was no way to do that without CGI and just... no. The costuming department and director do make an homage to it though. You will see about two or three glimpses of his belt being slightly shiny and metallic. There is also one point where, for a brief moment you see a hilt and it looks like it is for his whippy sword. That scene was great.

After this scene, some stuff does get condensed and jumbled, it almost feels like the first half of the movie they said: We have a third coming, we have plenty of time so we can do the manga justice. Then, by the time for the Kyoto fight came around they said: Oh crap! Look how long this is already! Let's cut some stuff but still end at the same point! The oniwabanshu do not get their amazing manga end, sad to say.

My one, true, horrible disappointment with this movie is during the horse scene (I am trying to be as unspoilery and obscure as possible here). At the end of it, there is some OBVIOUS CGI which made me really sad.

Other than that, the movie ends in a cliffhanger: Kenshin, washed up on a beach, is taken to an encampment by someone. They show his face, and I bet you are suppose to know who it is, but I had no clue. I bought the movie's book (which as a complete timeline on all the scenes in it) but it does not mention the mysterious person’s name. I felt really bad for his sword though, salt water is so bad for steel!

I really hope in the next movie we will see Kenshin as a child burying the three sisters and being taken in by his master. Maybe an early life training montage? I don't think so, but I hope for it badly because it is one of the most powerful scenes in the series, in my opinion.

I also really want to see the Enishi arc played out with Kenshin flipping out and becoming a street bum but I think they have their hands full finishing the Kyoto arc. Considering the title of the next movie, I don't think we will ever see Enishi's story line but one can hope.

Completed
OkriSama
5 people found this review helpful
Other reviews by this user
0
Dec 30, 2014
Completed 0
Overall 10
Story 10
Acting/Cast 10
Music 7.0
Rewatch Value 10
So I watched this like yesterday and .... It was AMAZING it lived up to my expectations and beyond , I truly wish I could rate it even higher xD this movie is a true masterpiece , it didn't feel like 2 hours at all , like when it finished I was like it's the end ? wait really!!!
Now the story was really interesting the direction was perfect the actors all were good and on spot .If we talked about Rurouni Kenshin we must talk about the -samurai - sword - fighting scenes and I have always enjoyed how realistic they appear although they are very fast in an unrealistic way LOL *watch it and you will get it * But I have to say I liked the sword scenes in the first movie better it was EPIC T-T
The Music was very similar to the first one if not the same ? it gets you to the scene and it is nice and all but not to the point that it would stick to your mind , but overall it is very enjoyable and well produced .
I did re-watch it and I even feel like re-watching it now it is just as exciting as the first time .. Really good job.
Finally this really is one amazing movie you MUST watch NOW ! especially if you have watched the first movie .. if not then What are you waiting for ? you have 2 amazing movies awaiting you ! , also it makes me even more excited to the third movie like I want it NOW ! and I am sure it will be just as good as its brothers..

New Topic
Be the first to create a discussion for Rurouni Kenshin: Kyoto Inferno 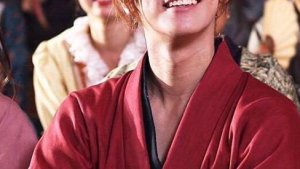