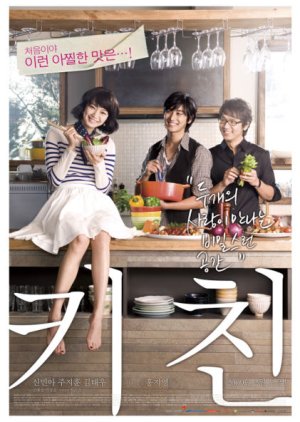 Mo Rae struggles to remain loyal to her husband while living with a handsome and exciting stranger. Her husband is her childhood best friend, but the seductive stranger is imaginative and adventurous. Who will she choose? Edit Translation 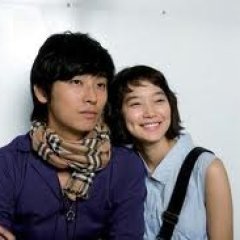 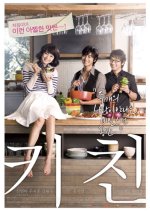 Story is about choices we need to made in our life to be truly to ourselves. Just like Sang-ina decides to become chef and leaves corporation office to start everything anew. Like Mo-rae needs to decide is she ready to leave her safe place and stop being little girl all the time. She meets Him and every touch is natural and passionate. Young stranger brigs with him salvation and degradation to both Sang-ina and Mo-rae.

Joo Ji Hoon acting is adorable, he seduces Mo-rae in most delicate way. But in every step his closer to Mo-rae and further form Sang-ina. I enjoyed Shin Min Ah acting, maybe she was a little to greedy and that made both men miserable but in the end she was fair.

Sometimes movie was a little unclear, ending was good I like unsaid and open endings. Music just great, all instrumental parts of the Ost were so warm and calm. Joo Ji Hoon even sings in french ^^

Completed
haha63
7 people found this review helpful
Other reviews by this user
0
Jun 27, 2013
Completed 0
Overall 4.0
Story 5.0
Acting/Cast 7.0
Music 4.0
Rewatch Value 3.0
Um.. Well I can tell you one thing, I did not like this film. I think this film could have turned out a lot better had I known what was even going on half the time. The plot as this film progressed got really messy and was hard to keep up with, and I didn't really see a change in any of the characters. Only added tension between them as secrets surfaced. And also something I'd like to point out plot-wise, the ending was very vague. I was hoping that if she made a decision, she would've made it more clear then what it turned out to be. I don't really understand how the writers thought going this route was a good idea, because if you ask me the whole thing needed to be rewritten. I think the idea of her falling in love with another man while married was something that could have been built up to something great, but the decisions made didn't add up to me and I ultimately feel bad that the actors had to take part in something so poorly written.

Thankfully, the cast chosen was well enough to get by on. Shin Min Ah is actually a great actress, so she can at least deliver. Joo Ji Hoon.. I mean I can't really give my honest opinion of his performance since I've seen him in very little (just Goong), but from what I saw in this film he performed well, and was very good looking while doing so. Kim Tae Woo didn't really stick out to me, so I didn't form much of an opinion of him.

As for the music... Didn't form much of an opinion on that either considering I didn't hear much music. Overall.. I'm very disappointed with this film. And I hate that I only stuck around for the romance scenes, they were probably the most intriguing part of the entire film.. Which is pathetic if you think about it. I'd only rewatch the romance parts, other than that, this is just another film added to the list. I won't waste my time watching anything like this again. I guess you can watch it if you're bored like I did, but don't expect anything great.