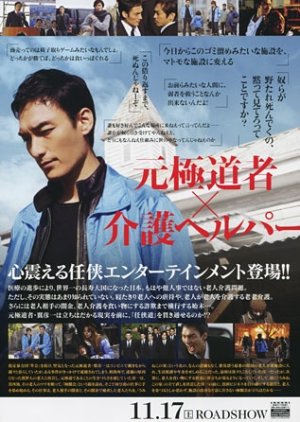 Hikoichi decides to live an honest life and leaves the gang world. He begins work at a convenience store, but, one day, Hikoichi allows an old man named Yuzo Tsutai to rob the store. Hikoichi is then arrested. A year later, Hikoichi meets Yuzo again in prison and Yuzo tells him that when he is in trouble go see Asahina. After Hikoichi is released from prison, he travels to Taikai city where Asahina lives. Meanwhile, in Takai city, the "Tour Welfare City Project" is championed by local government official Teruo Yashiro. Edit Translation 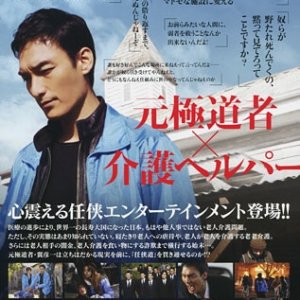 Completed
koalola
3 people found this review helpful
Other reviews by this user
0
Jul 28, 2013
Completed 0
Overall 8.0
Story 9.0
Acting/Cast 8.0
Music 9.0
Rewatch Value 8.0
Given that this comes after the series and the special, I have to admit the feel to it was completely different. It's not been long since I saw the series and the special and both of them had me in tears at times. I absolutely loved them, they both are among my favourites.

But this story only follows the previous ones in time, but not in events. I was very disappointed to see Kuroki Meisa appear for only five minutes in an over two hours show. There was no one from Hikoichi's former gang's members in it either, no Ryota and nobody from the Taiyou Care Facility. With this being said, all actors and actresses were great and did a fabulous job on the movie. Except for Kaho, because she put on an irritating voice for this one (why? I kept asking whenever I heard her speak- but that's the only thing I didn't like).

As a standalone movie, it's very good. I very much enjoyed the story and I WILL watch it again! I just felt there was something missing from it as a sequel. (However, that may not the be the case for others.)

I decided to write this review because I wish I had known not to get my expectations up so high with seeing more of the people I had seen in the previous episodes. :)

So expect a full on new crew, a fresh approach and a different feel and you will like it! After seeing it, I hope that more will come one day!