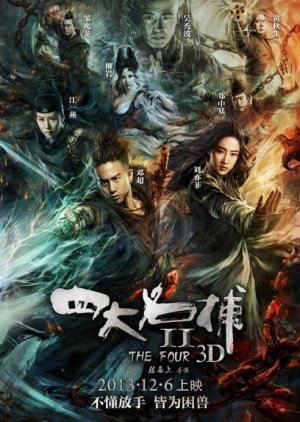 The four constables, Heartless, Iron Hands， Chaser and Cold Blood, are specially skilled in their own individual super powers. When the four constables of the Divine Constabulary investigate a murder in the suburbs, they unexpectedly stumble on clues to the murder of Heartless’s family 15 years ago. While investigating the case, the constables discover facts about their past, facts they preferred hidden, and facts that force them to choose between past grudges and their new lives at the Divine Constabulary. A series of bloody battles confront them as the story unfolds, an undeniable truth becomes clear – even if they survive this storm, a bigger one is brewing just over the horizon. Edit Translation 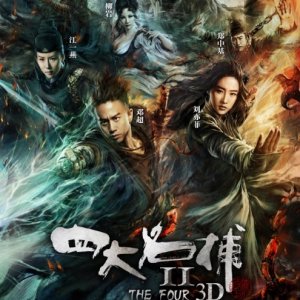 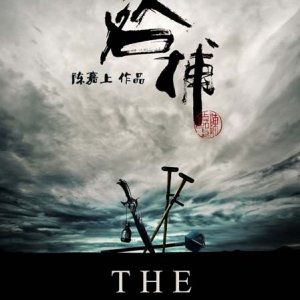 Completed
Alice
1 people found this review helpful
Other reviews by this user
0
Mar 31, 2014
Completed 0
Overall 8.0
Story 9.0
Acting/Cast 10
Music 9.0
Rewatch Value 6.0
The 2nd movie confirmed some of the confusion that was in the 1st movie. The love interest definitely is confirmed and we get to know character background!!! Usually movies do not tell us about character background but surprisingly the main plot in this movie revolves around a character. I could tell in this movie that when the crew of "The Four" started making movie #1, they knew they were going to make a trilogy regardless how popular it was. I would say this movie and movie#1 were equally good. The only sad part is that the ending is a cliffhanger:( Movie #3 hurry up and come out!!!!

Completed
Kadiance
0 people found this review helpful
Other reviews by this user
0
Jan 22, 2014
Completed 0
Overall 9.0
Story 10
Acting/Cast 9.0
Music 10
Rewatch Value 8.0
Compared to the previous movie, this film was based more on emotions rather than cases, corruption and schemes. Each character is further developed through the showcase of emotions as events happen right after another. Wu Qing is experiencing the turmoil within her as she realizes the 12 killers who murdered her entire family aren't dead. As they unravel the case and go back to the past, new incidents occur, causing misunderstandings, distrust, and pain. Bonds are broken, new ones are revealed. What we didn't know in the first movie, or what we assumed, are revealed in this brilliantly directed film. If you're looking for more mystery cases, this probably won't intrigue you for that long. There are more emotions at play, and with emotions, there comes mistakes.
What I appreciated was that the original cast stayed the same, since not a lot of Chinese sequels do that anymore. However, the acting was not what I expected. Wu Qing, a name to indicate without emotion, was full of emotions this time and it made me cringe to see Liu Yi Fei act during the middle of it. However, twist at the end, made me appreciate her as an actress and love her as a whole for this sequel. The big bad wolf, Leng Xue, facing losses, was blinded temporarily by his emotions and was rash in making conclusions. However, Deng Chao's superb acting as he tried to face the difficulties ahead of him was touching. Collin Chou and Ronald Cheng are part of the main cast but seem to be supporting roles wherever they go. Not a lot of lines and not a lot of screen time but absolutely wonderful when they do show up.
I'm almost certain part 3 of the trilogy would be as brilliant as the last two. There are so many loose ends at the end of The Four 2, it made me devastated that it ended as it is. Ending the movie with Hu Xia's (Sad Fairytale) voice was an added bonus to the emotions that were swirling within me at the time. There were a lot more CG effects, for sure, but it didn't affect the beauty of the scenery. Wonderful cast, beautiful music, touching story line, just gather some tissues when the movie hits its climax. Beginning slow, slams all kinds of emotions into you and then ending fast, that's how this movie will be.
Definitely a must watch for those who have watched the first part of the movie. It was a spectacular watch and a great way to start off with 2014 movies (despite it being released in 2013, there hasn't been a good quality version uploaded until recently for me).