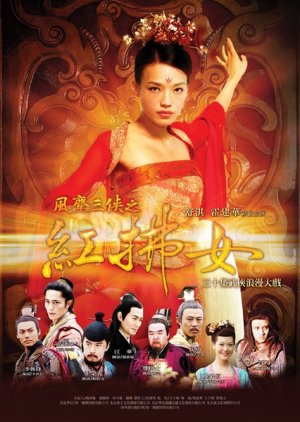 At the end of the Sui Dynasty in ancient China in early 600AD, the country is ruled by the inept Emperor Yang Di whose excessive indulgences included women and a luxurious ship where he spends his time in merriment. The entire running of the court is thus passed on Yang Di's right-hand man Yang Su (Kent Cheng). To consolidate and strengthen his power, the vicious Yang Su builds an underground fortress where he harbours numerous assassins at his disposal, one of the most prominent ones being Hong Fu (Shu Qi). Rescued by Yang Su's adopted son Du Gu Cheng (Kong Wah) at a young age from a band of thugs who also killed her parents, the beautiful, intelligent and highly-skilled Hong Fu eventually becomes Yang Su's favourite. Indignant at the country's deplorable state, a young man Li Jing (Wallace Huo) arrives at the capital hoping to reverse the country's downward spiral. Hailing from a family which places patriotism and national welfare before personal safety, Li Jing's enthusiasm and prolific knowledge of martial arts and warfare places him in disfavour with Yang Su who views Li Jing a potential threat to himself. Yang Su promptly sends Hong Fu off to eliminate Li Jing. Alas, Li Jing's hot-blooded patriotism and passion for the commoners has struck a chord with Hong Fu's own hidden desire to elevate the people's wretched misery. She warns Li Jing to leave town immediately, only to be caught on the spot by Yang Su's other assassins. To protect him, Hong Fu is forced to fight against them and to flee from the life she has known. Even with Du Gu Cheng hot on the chase after them, Hong Fu and Li Jing manage to evade capture, with love blossoming between them. Along the way, they meet pugilist Qiu Ranke (Yu Rongguang), who joins them to become the third musketeer in the fight against the mutinous Yang Su and his cronies… Source: Asianfanatics forum Edit Translation 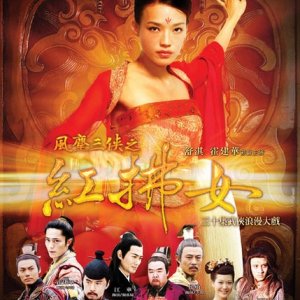