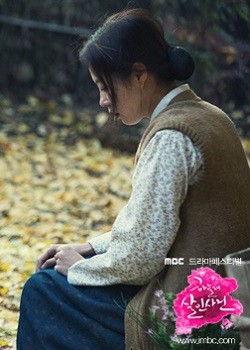 A period drama about a woman's tale of love and respect from the 1950s Korean war. Yoon Ha and Jeong Boon met years ago when they were both having a difficult time in their lives. Yoon Ha was a kid at that point of time, but he grew up feeling fond of Jeong Boon. When they met again coincidentally, feelings started to develop. However, things get a little twisted and Yoon Ha ends up marrying Mi Soo, so that he can stay close to Jeong Boon. Edit Translation 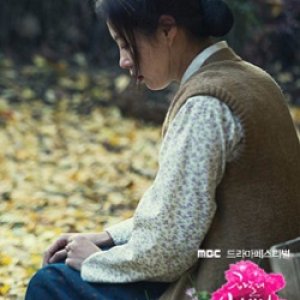 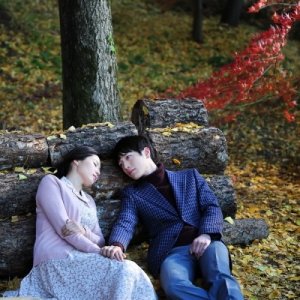 Completed
displacedmoon
12 people found this review helpful
Other reviews by this user
0
Apr 13, 2014
1 of 1 episodes seen
Completed 0
Overall 9.0
Story 9.0
Acting/Cast 10
Music 8.0
Rewatch Value 6.0
'The Haneuljae Murder' is episode 9 of MBC’s 'Drama Festival,' a series of 10 one-act dramas. The dramas feature up and coming directors and writers as well as experimental works. 'The Haneuljae Murder' fits right in with its progressive theme which focuses on taboo relationships. “Things get a little twisted,” as mentioned in the movie description above, aptly summarizes the dramas progression and conclusion.

The movie is set in the aftermath of the Korean War. Yoon Ha, played by Seo Kang Joon, meets Jeong Boon, played by Moon So Ri, as a child. They help each other during a difficult time in their lives. Fast forward roughly 10 years and they meet again. A love triangle develops when Jeong Boon’s daughter, Mi Soo, develops feelings for Yoon Ha. Unbeknownst to Mi Soo, Yoon Ha only has eyes for her mother. In turn, Jeong Boon realizes that any feelings they harbor for each other are doomed, and she rejects Yoon Ha. Consequently, Yoon Ha marries Mi Soo when he realizes this is the only way to stay near Jeong Boon.

The story is well done. I would have given this a 10, except I couldn’t completely buy into the dongsaeng-noona relationship between Yoon Ha and Jeong Boon because of the huge age disparity. We’re talking about a 20 year age difference that could have worked, if the directors hadn’t made Moon So Ri look so aged and more like Yoon Ha's mother, instead of a love interest. This often left me with the impression that Yoon Ha’s feelings for Jeong Boon bordered on obsessive and at times were a little creepy. I like to think this vibe was intentional on the writers part, because they wanted to push our buttons by forcing us to explore our feelings and thoughts on the whole ‘age ain’t nothing but a number’ theme.

As a newcomer to dramaland, Seo Kang Joon is really beginning to show us his acting abilities. I’m happy he opted to play this character, because it’s not an easy role to convey. Kang Joon did well showing the absolute love Yoon Ha feels for Jeong Boon. Often the emotion he conveys is nothing short of palpable. Everyone else also did a fantastic job, making this short drama special a nice watch. Be warned, however, there is no cutesy happy ending and there are moments where the show is downright heartbreaking.

Completed
nixda
0 people found this review helpful
Other reviews by this user
0
Dec 23, 2019
1 of 1 episodes seen
Completed 0
Overall 7.0
Story 7.0
Acting/Cast 8.0
Music 8.0
Rewatch Value 5.0
This review may contain spoilers
I stumbled upon a youtube video some time ago that was about Seo Kang Joon's progress as an actor. Funny thing is, it was in Korean and there were no subtitles, so I practically understood nothing! But at the beginning, there were some clips from this drama special project and they somehow had me hooked. I'm pretty masochistic sometimes, once I sense some good melodrama in the air that will leave you miserable for a day or two, my curiosity is sparked for good. So I looked the drama up, wanting to know how a plot that twisted could be executed within an hour. An hour!
Plot wise, Haneuljae's Murder reminds me of a greek tragedy. It comes across as a play almost. With the little budget this project had, it's impressing what they made of it. The impression it leaves behind is long-lasting. There was much effort spent on the cinematography, I could tell. Even though the production value is not very high, the consistent autumnal color palette is beautiful and creates a sense of nostalgia and sadness.
Overall, I'm excited about these drama specials now! They take on this seemingly impossible challenge of cramming plot enough for a 10-16 ep drama into an hour. The result is, albeit not exactly satisfying, but interesting indeed.

New Topic
Be the first to create a discussion for Drama Festival 2013: Haneuljae's Murder