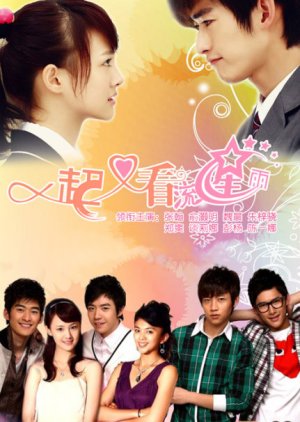 Murong Yunhai remembers everything... except Chu Yuxun. When he went overseas, he meets a new friend, Jiang Yuan, and he falls in love with her. However, when they both come back to China, Yunhai feels like someone's waiting for him. When will he completely regain his memory and remember the girl he loved the most? Edit Translation 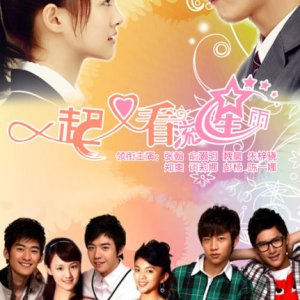 Completed
Ali
7 people found this review helpful
Other reviews by this user
0
Jul 20, 2015
36 of 36 episodes seen
Completed 0
Overall 10
Story 10
Acting/Cast 10
Music 10
Rewatch Value 10
I'm sad to see that this Chinese version of Boys Over Flowers isn't as well-liked in other countries. Fun fact: this was actually quite a popular drama in mainland China and launched Zhang Han's career.

This drama was one of the best I've ever watched, and every time I hear the music, a wave of nostalgia comes over me. So what if this drama doesn't adhere to the original BoF plotline? There have been so many versions of the same story already, and I think it's great that this Chinese version is bringing something new to the table!

I've watched the Korean version and this version, and honestly, I think they're both amazing (but I've watched Meteor Shower 2 many more times than BoF!) Zhang Han and Zheng Shuang who play the two main leads are a great on-screen couple, and you can really feel the emotion and love they share. The side characters are all great and many times entertaining. Duan Mu Lei, especially, was cast perfectly and his story is heartbreaking and inspiring--and in my opinion, he's much more attractive than Kim Hyn Joong in BoF :)

I loved this drama much more than the first one (Meteor Shower 1). All the actors are so much more attractive in Meteor Shower 2 and the storyline is more gripping. I think that if you want to get into this Chinese version of BoF, start with this sequel instead of from the beginning.

This drama is the perfect blend between light-heartedness and seriousness--it's not completely a sappy melodrama but it's also not a fluffy, light rom-com drama. It's a great watch for anyone who loves romantic dramas and Boys Over Flowers!

Completed
dramarian
4 people found this review helpful
Other reviews by this user
0
Jul 4, 2015
36 of 36 episodes seen
Completed 0
Overall 7.5
Story 7.5
Acting/Cast 7.0
Music 7.0
Rewatch Value 1.0
SO MANY CHANGES HAPPENED. I'm not just referring to the fact that the actors who played Lan Gu, Li Li, two evil female classmates, Yu Xun's mom, Yun Hai's mom, and Lin Xiao Li were totally different but almost everyone had a 360 degree change of character. Just so you can understand more what I'm saying, Yun Hai's mom was just purely evil (given that this is still loosely based on HYD) in the first drama but she totally changed in this sequel and you wouldn't even know why or how because it just happened. Many plot lines ended up to be like that that you can easily say that the character developments and story were just poorly developed. I felt like they only made this sequel just for the sake of making a sequel.

Moreover, I thought that nothing could beat my hatred for Ye Sha from Meteor Garden 2 (the second female lead) but their version of Ye Sha or Jiang Yuan as she is called here is probably the worst 2nd female lead that I've ever watched in my history of watching dramas. I didn't even mind not watching her scenes as I was busy playing Candy Crush while her scenes were playing (lol I'm so harsh). Honestly, this was a chore to watch that it took me a long time to pick it up again after not watching for weeks but I can definitely credit my enjoyment at times to the chemistry of Zhang Han's Yun Hai and Zheng Shuang's Yu Xun. I'm already looking forward to watching their other dramas together!

There was really nothing new about the OST of the drama as it also used the same music in the first one with an exception of a few songs. I'm giving this a very low rewatch value because from what I've been through with this drama, I don't think I could ever stomach rewatching it. I'm just glad that I finished it already and just because I was just really curious on what would happen to Yun Hai and Yu Xun after the first drama. Folks, this is an example of a bad sequel and I hope you won't go through something like this ever (lol!) 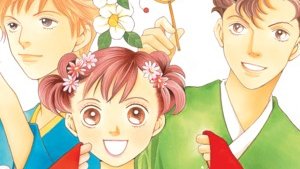