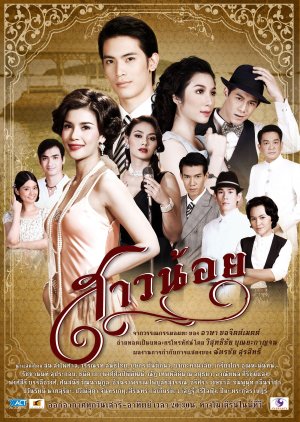 San is the son of Prachan Chalasai the Ministry of Finance who has great talent in oil painting. After finishing his studies in the Philippines, San returns to Thailand to marry Suwalee. San then learns that his father remarried a night club singer Marasee. He argues with his father, and he despises Marasee, making her accuse him and making him angry. San runs away from home to stay with his friend Booma, but on the way he is attacked. When San wakes up, he finds himself in the harbor with no memory recollection. San wanders into an export company and the owner helps him and names him Siang. He works on the ship, and one day, it passes by Seechan Island. Siang hears beautiful singing and jumps off the boat. He swims toward the island and becomes exhausted. As Siang sinks to the seafloor, Nid, a lady in the island, saves him. Nid brings Siang to nurse in her home. Edit Translation 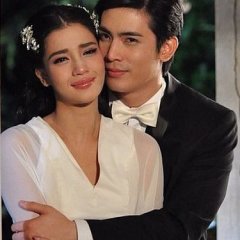 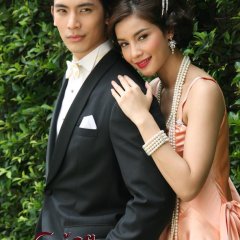 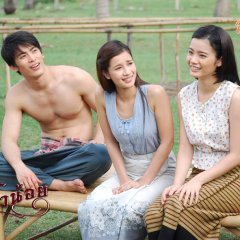 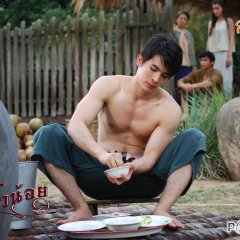 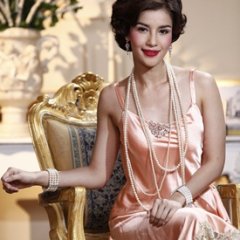 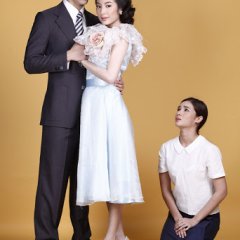 Completed
Azet
2 people found this review helpful
Other reviews by this user
0
Oct 9, 2019
34 of 34 episodes seen
Completed 0
Overall 8.0
Story 9.0
Acting/Cast 8.0
Music 8.0
Rewatch Value 6.0
"Sao Noi" means in english "Little Girl" and also gets referenced in the drama as "Little Mermaid"Because it indeed presents in the story like in the tale of Andersons "The Little Mermaid".You have to watch this drama to see how and why.This is one true hell of a soap opera that reminded me of the old classic spanish telenovelas,due to the historical settings and choice of background theme to the dramatic scenes.The experience left me breathless with excitement,as i came to fall in love with the main-leads,and cheered for their happiness.More viewers should watch this lakhorn,the Vill-Son pairing are incredible (i also started this lakhorn because of them),as their chemistry are the heart of this drama.Many characters are shown,and everyone of them were linked to each other and the plot. I don`t agree with the people who thinks that there were lot of unnecessary characters and that 34 episodes as whole,weren`t needed.I disagree because i followed the story and developement carefully in details.

Our Nangek (heroine) Nid have to go through many obstacles to win back the love of her life,our Praek (hero) San who have got amnesia,and who also doesn`t remember her and their time together on See Chang Island .Much angst are delivered in this story,with the antagonists doing everything to cause Nid harm,and keeping her away from her beloved San.

Overall,"Sao Noi" is far from being the perfect drama.But it has a lot to deliver..i have never by the way watched a thai lakhorn with this many episodes before,and i do not regret it.This drama also has 40% of the same cast as in another Vill-starrer "Sud Sai Pan".Son and Vill did well in portraying the undying and selfless love between Nid and San.I will look out for more dramas with Vill and Son together!Boonma and Kaew are one of the funniest secondary couples ever-their first meeting was totally romantic and charming.

Vill Wannarot as Nid/Wanida: Vill is one of the few actresses i know of that delivers angst very well.She has a unique beauty and a face that don`t have to express her emotions-her eyes says it all.Her performance as the humble and innocent islander Nid was done very well...and her transformation into the sensual theater actress Wanida was done perfectly. She stole all hearts of the men,and more importantly her praeks.Nid is a heroine that can`t live without love once she has found it,once found it gets cruelly taken away from her,and we all follow her long journey in the dangerous and hypocritical High Society of Bangkok to find it again.

Son Yuke as San/Siam: Son reunites with his koo-jin Vill after 4 years in this drama as the rich heir who are engaged to Suwalee from the start.His character is a very passionate painter,who struggles to find his inspirational muse,but are very cynical and looks at the outside of every people.All that changes when he gets hit by a man and looses consciousness...and all his memories. He wakes up in the woods,as a new-born innocent soul.With the help from fate he finds See Chang Island and gets rescued by Nid who turns out to be his muse of inspiration,and soulmate.

Guy Ratchanok as Boonma:Guy shows his goofy charm in the character of Boonma,San`s loyal bestfriend who searches for San after his accident. A newspaper-reporter and striving to be a writer-he has a romantic heart,and a great loyalty to the people he loves.His character brought much humor to this drama,and made me fall in love with him.He finds his love-match in Nid`s bestfriend, the bold tom-boy Kaew.

Egg Butsakon as Suwalee: This girl dug her own grave,and jeez what a evil Nang Rai. She indeed loves no one but herself,and causes much harm to the main-leads due to her selfishness.The deed with the aunt was truly despicable-and both of them did get their karma!Egg did great job as Suwalee,she made me hate her immensely.I also kinda wish that Thana (played by Nut) ended up with her,he was one handsome devil that pursued Suwalee,but also ends up being the one getting revenge on her.They had lots of chemistry,but i guess the creators didn`t want Suwalee to find happiness.

Khongmalai as Marasee: What a stunning actress! She steals the heart of Khun Phra,San`s father.A famous bar-singer who are looked down by many people for her class and behaviour,becomes a true friend supporter and friend of Nid (to my surprise). This character had a lot of charisma and a very strong will that refused to surrender to anyone.I came to really admire her. I wish to see this actress in more lakhorns!

Ongoing 13/34
ExplorePorrito
1 people found this review helpful
Other reviews by this user
0
Dec 11, 2019
13 of 34 episodes seen
Ongoing 0
Overall 9.5
Story 9.0
Acting/Cast 8.5
Music 7.5
Rewatch Value 6.0
This review may contain spoilers
I accidentally dropped it. My mom watched it and that time I was around 11 or 12 yrs old. I know the some of the plot. I only tell that Female lead is strong and smart. It might be boring at first but then when the female lead goes to Bangkok, and as I remember she had been in jail too. And there is a woman in the jail help her.

Well, what I hate the most is the male lead's father, he got married to A nightclub singer but he doesn't approve of his son's wife, an islander. Like you care so much about your reputation more than his happiness. And about this, judging people by their statuses really happened in the past.