''I think there should be a good balance between being a good student and being able to enjoy your high school life.'' 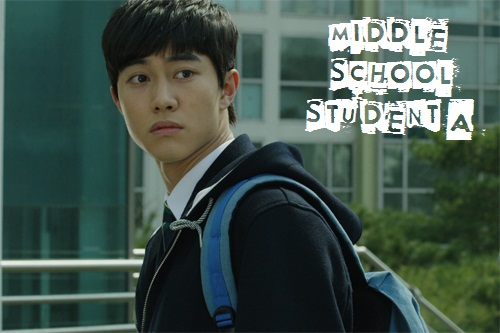 Another episode of students and parents’ obsession with grades and ranks and the extreme measures they take to jump one rank higher. It addresses the negative effects of internet and technology on spreading false rumours and giving other students a hard time. It also approaches the side effects of being top students from loneliness to mistrust. Teens have a hard time making friends or trusting others because they have to care about their marks and attend private academies or receive tutoring. Through a cute love story, a ray of hope is spread. One day you’ll find a person who’ll ease your loneliness and listen to you. ‘’You don’t need to shine brightly. You’re a star that shines its own light all the same.’’ Under the Japanese colonisation, ill girls were sent to infirmary boarding school that was supposed to teach and cure them. The school is so strict with a set of tough rules and regulations. But the school uses those rules to cover some secret activities.

The film is about scientific insanity and experimenting on humans. It’s raw, dreadful and extremely shocking. It’s a brilliant account of the human’s unlimited curiosity that might turn to craziness. Awesome in every way.

And then the insane teacher utters: ‘’The teacher’s job is to dig.’’ O Zeus! 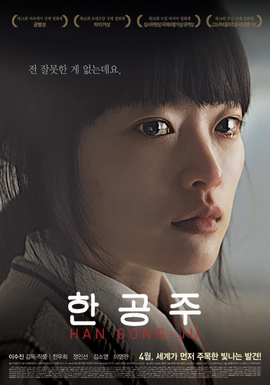 In a world where the victim is always at fault and being born a woman is the most serious crime, Han Gong Ju is just one example of the decayed state of humanity. In a world where parents, police, court, law, media and the public opinion side with the perpetrator, what can a victim do? How is being born a woman a sin? Just how can one escape that? If the innocent will take all the blame, shall we all turn into monsters to avoid punishment? When the whole world sides with the guilty, why does the victim have to be all alone and run away? What rotten world is this? Damn humanity!

The film is just a reminder of how shameful and disgusting it is to be a human. The true story behind the film is even more dreadful. In schools where students are supposed to study and learn to make the world a better place, students instead gang rape, kidnap, threaten and blackmail. Then they walk away unscathed. Because in this terrible world being a male is half of it, being powerful is the other half. A powerful male can never get caught. A helpless young girl will have the hell gates opening wide for her. Why? Because of the whims of some sick boys who have found nobody to whip them back to Earth.

Despite the many negative comments, this film gives a lovely glimpse of one aspect of rural life in 1980s South Korea. The hot young bloods in high school cared only about relationships and having fun and settled their conflicts through fighting. Girls and boys alike had gangs and used to smoke and drink. Through a love story, the dialect, wording, hairstyles, fashion, music, cinema and ways of transportation were shown. Not heavily stressing out school life, it’s there in the background always. A fun movie to watch. In this adorable romantic comedy, high school years are crucial to the development of the characters and the story. High school incidents, teachers’ actions and others’ careless words might form some people’s false identities. Because of one thing or another that happened through that problematic period, a person’s life might change forever. The drama shows the prejudices and misjudgements girls receive in schools from both male teachers and students and the amount of emotional pressure they have to go through just because they’re girls. It also shows how the girl is always to be blamed if a boy misbehaves. How she’s supposed to keep her ‘purity’ while the boy is never asked to as if it’s her own issue and he has nothing to do with it. The drama focuses on the Korean standard of beauty which forces girls to become whom they’re not. It also addresses incestuousness, domestic violence and homosexuality. Though the drama is all about the love stories of the heroes as adults, the drama emphasises the events of their high school years as the bases behind their actions, beliefs and scars. 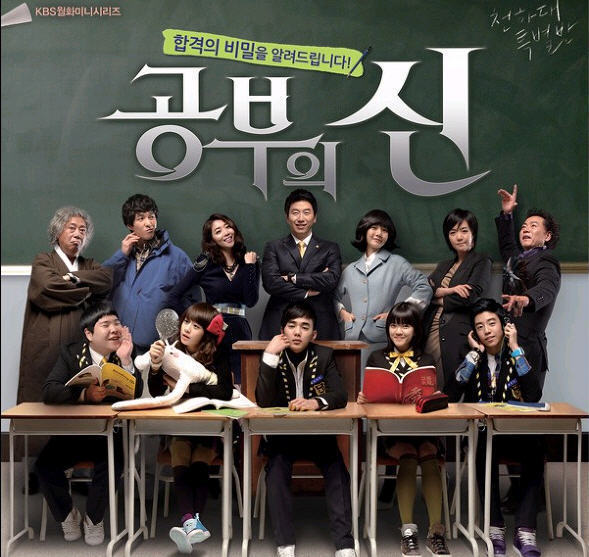 This is my third favourite Korean school drama. In terms of handling so many issues while giving each one its fair share, it’s the first. The drama is a guide for high school seniors on how to study for college. Through actual studying methods, the drama shows the students’ path to understanding life, themselves and deciding on their dreams. Narrating the individual story of both students and teachers, God of Study tackles so many issues without neglecting any. In school, we see the prejudice against low achievers, bullying, loneliness, the lack of motivation and ambition and the indifference of the teachers and their total rejection of change. The students face all those issues with their load of studying, stress, exhaustion, parents’ lack of trust and support, self-underestimation, lack of vision and the usual problems of their age. We’re also shown the complicated and insolvable relationships between parents and children and between teachers and students, the troubles, misunderstandings, generation gap and expectations of both sides. It tries to manifest the true meaning of a parent and a teacher.

The drama takes the lead to show the Korean students in their most challenging year the way to dream, work hard, believe in one’s self and others, trust one’s abilities, never give up, stand in other’s shoes and appreciate what one has. Through many hopeful and sometimes idealistic ideas, the drama emphasises the roles of teachers and parents in the life of students. It realistically shows the challenges on the way but at the same time gives bundles of hope. The drama has everything: romance, bromance, friendship, humour and music, none of them exaggerated. It’s a true guide to both students and teachers. Being both, I’ve learned a lot. 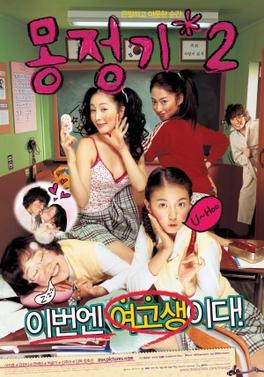 If Wet Dreams was on male teenagers’ sexual fantasies, its sequel is about females. The film bluntly –not in details though - presents the troubles of high school girls between love fantasies and sexual identity. We see them dreaming of ‘’the fated man’’ but at the same time their love shifts quickly. The film shows what ACTUALLY goes on in a girls’ high school and between girl friends. Sex education class, flashers, male-teacher crushes, dating adults, masturbation, period and homosexuality are all presented in the film. We’re dragged into the heads and hearts of the girls to hear and feel their questions and worries. Of course, we have a hopeful ending, loving parents, and new love. Did you love Secret Garden? Well, who didn’t? What a question from me! This film is an earlier version of the drama: switching bodies, lightning and all.  Kim So Yeon and Jung Joon play characters of opposite personalities - two high schoolers in the same school but totally different. Kim So Yeon plays Eun Bi: an exemplary student who’s admired and loved by all her school mates and teachers. While Jung Joon plays Dae Ho: a troublemaker who never studies and is picked on by his P.E teacher (Lee Kyeong Yeong). In that school where good marks determine your teachers’ treatment of you, it’d be hard to live as Dae Ho. So when Dae Ho and Eun Bi have to live in each other’s bodies, they have to go through what the other sex goes through. Hilarious scenes in the toilet, menstrual period, wet dreams, etc.. In a world that doesn’t tolerate differences, doesn’t listen to teenagers and is governed and controlled by grown-ups, Dae Ho and Eun Bi only have one another to safely cross to the other side. 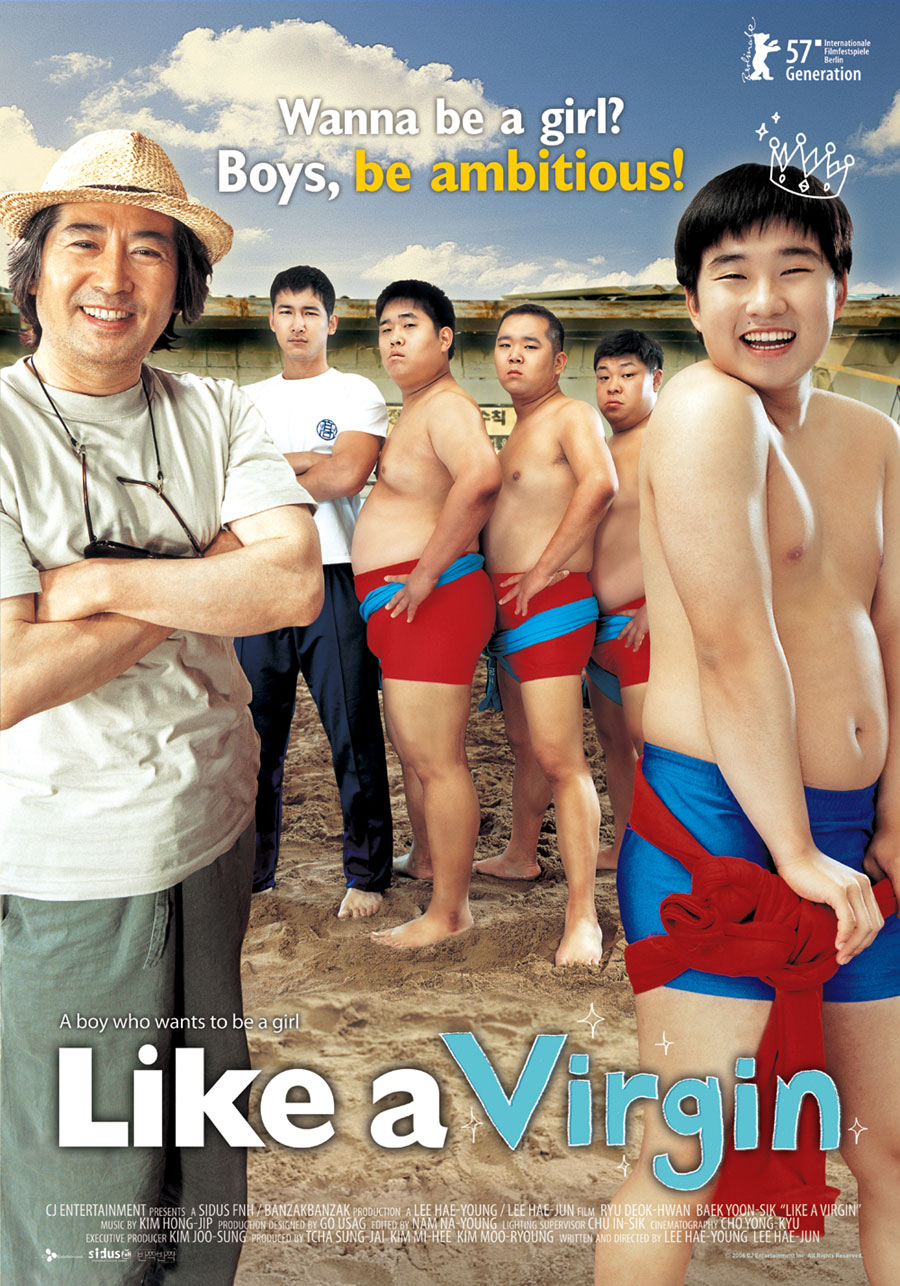 First time to like this song. This song especially by Madonna is my least favourite but when Ryu Deok Hwan sang it, it went straight to my heart.

What would it be like for a Korean high schooler to be a transgender? In the merciless Korean boys' high school, what would it be like to have the body of a boy and the soul of a girl? In the age where teenagers are lost in the search for their identities and dreams and while living with conflicted parents, having a sexual identity trouble on top of that is never easy. The film tackles transgender issues from a rather hopeful approach. The teenager knows exactly what they want, is confident and courageous and is able to cope with the pain. They have a supportive friend and an understanding mother. Though the film emphasises how hard it is to be different in this world, it also states that ‘’no matter how others look at a person, living life the way one wants is what matters.’’ A funny and touching story and a brilliant film.

Heard it Through the Grapevine The whole story of this amazing drama starts as two high school students cannot hold in their passion and end up getting pregnant. The drama focuses on the innocent love of young people. It still shows their rash decisions, idealistic - and almost delusional - beliefs, enthusiasm, dreams, the desire to be loved and acknowledged and the feeling of loss in front of the grand and intricate world of adults. Classes and how they influence education are also discussed as well as how parents determine what the future of their child will be. No matter how smart the child is, if their parents cannot afford to send them to international schools or abroad, they’re doomed no matter how hard they try. It’s a painful realistic approach on those young people’s struggle to establish their own identities without getting swept in the traps set for them by the adults who believe they know the world better.

The more I dig into school-based works, the more I find. The series cannot seem to finish. I hope you're not tired already because we're not even halfway through.