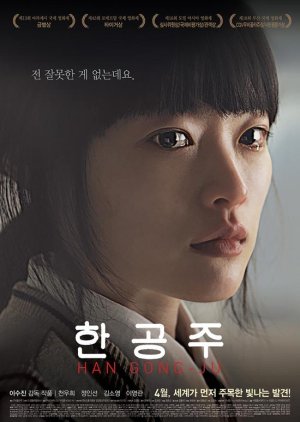 Han Gong Ju is forced to transfer school and is taken to a home in an unfamiliar area. The home belongs to her former high school teacher's mother. The mother wants to know why her son is leaving Han Gong Ju there, even if he promises she will be there for only a week. Gong Ju carry a secret she doesn't want to be exposed in her new home. ~ Based on the real events of "Milyang Junior High School" case. Edit Translation 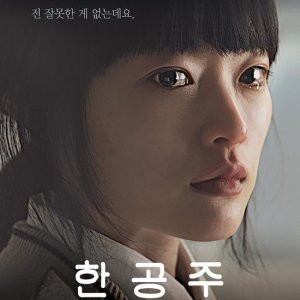 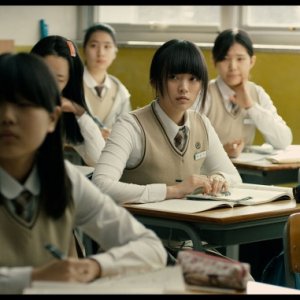 One moment there was a smile on my face, the other moment my eyes were teary. It's a story that hits the hart.
In the beginning the writer doesn't give us all the information we need to know what's Han Gong-Ju's mystery story and background. The flashbacks tell us what we wanted, or maybe didn't want to know.

This movie is a little different. It's not the average Korean movie. What I like the most about the movie is the feeling I get from it. The movie/story feels 'real'. In Korean drama we often get a lot of lovey-dovy dramas and a lot of cry-with-buckets movies. But most of them are unreal and we let them go when finishing the story. Sometimes the truth is harsh. This one still stays in my mind, even if it's a few day ago that I watched it.

The actors don't get a lot of make-up which shows the real beautiful Korean beauty. It's Chun Woo Hee second main role, I have never seen her act before but I'm totally convinced of her great acting skills. You'll see that she's very talented. The supporting roles were also really good. I'm looking forward to more of these good actors and other works of the director. I'm definitely a fan!

The rewatch score is only a 4 because I think the movie is at it's best watching it for the first time because of the stepwise construction of the story.

I think the director, the writer and the actors did a great job. I really recommend this movie.

Completed
gyopono
13 people found this review helpful
Other reviews by this user
0
Aug 17, 2015
Completed 0
Overall 8.0
Story 9.0
Acting/Cast 10
Music 8.0
Rewatch Value 2.0
Probably one of the more devastating offerings of 2014, Han Gong Ju is a hard film to critique by virtue of its content, which is as controversial and difficult to discuss in real life as it is in the world of this film. The acting was absolutely phenomenal, as Chun Woo Hee holds the weight of the film by virtue of her huge, expressive eyes. She's perfectly cast as a girl whose presence is almost ephemeral, with the effects of her story slowly causing her to disintegrate.

While the director deserves acknowledgment of his dedication to this story and in bringing it to the spotlight, there are areas of the film where there was need for a more skilled, tighter hand. Nonlinear storytelling and an unreliable protagonists causes some confusion for viewers, especially those who might not be a native Korean speaker. Yet the overall moody and haunting atmosphere highlighted by a skilled use of light and music accentuates the ultimate tragedy of the film.

This is not a film that most people would rewatch; pre-knowledge of Gong Ju's story leaves the audience emotionally wracked and exhausted even before the first few minutes of the film. However, it is an important film all the same. 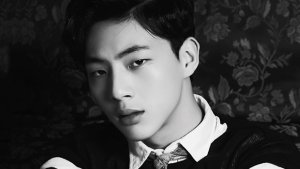 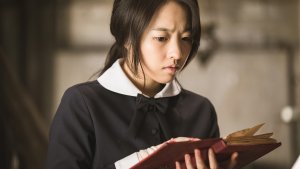