Okay, grab a piece of chewing gum and let's dive into the Kdrama Bubblegum. I don't know where you stand on this drama, but for me, it's a total breath of fresh air. Bubblegum is thoughtful, it feels realistic and is beautifully executed. It's happy, it's funny, it's adorable, it's heartbreaking and has this wonderful indie vibe to it. Although they use some drama clichés, it doesn't feel clichéd.

So What's it about?

Well, it's presented as a romantic comedy where different people with various problems get together and become happier. Sounds simple enough, right? To give you a little bit more detail, our two leads, Park Ri Hwan (Lee Dong Wook) and Kim Haeng A (Jung Ryeo Won) have known each other since they were kids. They're basically family (but not blood related). Both of Haeng A's parents have passed away so Ri Hwan and his mother are pretty much all she has in terms of family. Haeng A has been dating Kang Suk Joon (Lee Jong Hyuk) secretly but they have their issues which she can no longer stay silent about. Ri Hwan's mother (Bae Jong Ok) wants him to get married and sets up a blind date for him with Hong Yi Seul (Park Hee Bon).

Can best friends be lovers?

Well, I'll let you answer that one for yourself, but I love how this drama is tackling two leads who've known each other their entire lives. Although I've heard many different opinions on the matter, I enjoy their relationship and interactions with utmost interest. I think they have a unique type of chemistry that you don't usually see in Kdramas.

that is a question

Let’s deal with this question right off the bat. Bubblegum was presented to us as a romantic comedy. Is it really a romantic comedy? Well sort of... maybe yes maybe no. It’s definitely a drama/romantic comedy hybrid. The drama has it's light hearted comical moments, but it focuses heavily on the characters and how they react to situations and grow. As you probably know, life isn't always sunshine and lollipops. Although the story has some very melodramatic developments, the writer keeps it tasteful and realistic. But, if you are expecting light and fluffy, and don’t like heavy dramas you might be in for a bit of a shock. Bubblegum deals with some heavy topics.

What bubblegum does right is it finds balance. There are so many sweet, cute and comical moments sprinkled throughout the drama, but there's also a lot of self reflection going on. It really depends on your personal taste. It honestly kind of weird how it can be so funny, but then so serious, yet it works. They make it work.

I like the character’s in Bubblegum. Even the less likeable one’s can be understood to some degree. Bubblegum doesn't sugarcoat the characters or claim them to be perfect. They are human, they are flawed and they are ever evolving and growing (as they deal with their weaknesses and learn about themselves).

Do you know anyone who has a fun, bubbly personality, but deep down they have a lot of fears which they try to bury? This describes our dearest Haeng A. She’s a sweet person. She's quirky and playful.. but lonely and scared. She wants to be independent. She doesn’t want to be a burden or inconvenience others. She’s learned to smile through tears (which maybe isn’t the best coping mechanism) but she’s done this so that she doesn’t utterly fall apart.

I love Jung Ryeo Won as Haeng A. She is Haeng A. I cannot picture another actress in this role. Her and Ri Hwan together are so amazing to watch. They bicker like brother and sister, know each other like best friends, and have their hearts intertwined like lovers. It’s quite the combination.

Lee Dong Wook plays cute well and has always been fun to watch in comedy. Personally I love him in melodrama as well, but I’m aware many feel he has a tendency to overact. Well, not here. He doesn't overact. His character breaks my heart when he is hurting. His eyes express so much emotion. Even in the picture above you can see how his demeanour is completely different and is expressed clearly through his eyes (and lips).

Ri Hwan is quite the interesting fellow, He’s so kind, overprotective, direct, often overbearing, caring and passionate. Lee Dong Wook nails the dramatic scenes perfectly. He makes it easy to empathise with his character. Despite his flaws, and sometimes childlike behaviour, he's actually very mature and well grounded. Family and friends are very important to him as they are for Haeng A also. What I really like about his character, is he's a little different than a lot of the male leads you see in romantic comedies. He doesn't hold back how he feels. If he wants something, or has something to say, he goes for it (but not in a selfish self-serving way). Ri Hwan also has some of the best inner dialogues with voice over where we get to hear his thoughts.

I mentioned Ri Hwan isn't a typical male lead, well, Suk Joon is not your typical second lead. The second male lead doesn’t usually start out with the girl. Normally the male second lead also is usually super kind but gets friend zoned. In contrast Suk Joon has the brooding sexiness, but where he lacks is he’s not someone to openly express his feelings. He comes across as cold. Unfortunately for him, he fails to realize when there’s even an issue in this relationship.

His character has started to grow on me. At first I thought he would be really dislikeable, but we gradually start to understand him more and see that he’s not really cold, but he’s rather closed off and must learn to open up. His scenes with Ri Hwan are great. They always seem to have a power struggle. I like to think of them as two peacocks puffing their feathers to attract their mate.

What can we learn from Yi Seul? We hold ourselves back in life with our own insecurities. She’s been burned so badly in the past that it has destroyed her self esteem. She’s also been constantly told (by her mother) where she is lacking. I like her snarky replies to her mother and how she doesn’t blindly conform to her mother’s wishes. You cannot blame Yi Seul for falling for Ri Hwan. Kindness can go a long way. Sometimes I just want to shake her though and tell her she needs to find happiness for herself and not have people around her make her feel happy. Love yourself Yi Seul! Chin up.

What makes this drama stand out

Bubblegum is like a living piece of art. It’s open for interpretation and is a feast for the eyes. They’ve managed to maintain this beautiful cinematography from episode one all the way through. It’s like the landscapes are in unison with the characters. If you’re like me and you enjoy over analysing things, you can find hidden meaning and symbolism throughout. They’ve paid great attention to detail with artistic presentation.

Despite all the heaviness of the drama, it has a light airy feel. The gorgeous indie music paired with the creative shots play a large part in this. Precious, sweet moments is what keeps this drama grounded, and not completely depressing. The flow of the show is relaxed, and may be to mellow for some, but I really dig the vibe.

There are a lot of flashback scenes in this drama where we see Ri Hwan and Haeng A growing up. It’s nice also that we see them at different ages. Although they haven’t been super consistent with the flashbacks (at first it looked like we might be getting them in every episodes) they have been showing them to us on a pretty regular basis. The flashback scenes have brought a lot of insight into the characters. Each time we get a flashback scene, we get a little bit more understanding into why the characters are the way they are and why they react the way they do. We learn about their fears, their scars, their precious memories and so on.

Although I’ve been boasting about how the drama has balance, I worry that at some point it might steer off course. If the story remains focused and doesn’t overindulge with the melodrama, it’ll be okay. The melodrama itself is fine, just as long as the character’s don’t suddenly act out of character. Let the focus remain on the characters. Go ahead drama, be dramatic, make us cry, make us worry, but please let us smile again. I feel invested in the characters and I don’t want to see them do anything that doesn't seem natural for them. So far I'm really impressed and I'm hopeful that it will continue to be enjoyable.

Bubblegum is an original, refreshing, drama. The pace may be slow for some, but the story advances quite well, and surprisingly fast in some ways. It has a few elements of predictability but also steps outside of the Kdrama formula. 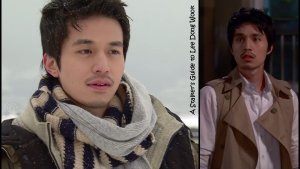 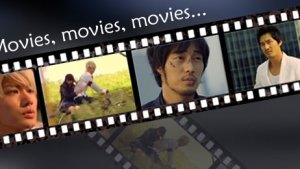