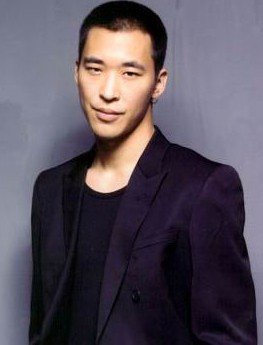 Stanley Huang is a Taiwanese-American singer and actor.

Huang was born in Taipei, Taiwan, and raised in Orange County, California. He is the brother of Jeffrey Huang and cousin of Steven Lin. His other cousin is Hollywood film producer Dan Lin.

Huang started his career out in the boyband L.A. Boyz with his older brother, Jeffrey and his cousin, Steven Lin.

After leaving the band, Huang started a solo career with his debut album, Your Side, in 2000 and has made five studio albums as of 2008, and one compilation album in 2003. Most notable are Circus Monkey (2001) and Shades of My Mind (2004). The latter garnered him several nominations at the 16th Golden Melody Awards, Taiwan's version of the Grammys. He ended up winning the Best Male Mandarin Artist award, beating media favorites such as Leehom Wang and Jay Chou. Over his career, Huang has collaborated with several singers, including Elva Hsiao, Rene Liu, and Jolin Tsai. Huang has also remained active in writing and producing songs for his older brother's hip-hop band, Machi. Huang has seldom received criticism for his music; in fact, many appreciate Huang's rock and heavy metal style. In 2006, Huang wrote and featured in Jolin Tsai song, "Nice Guy", for the 2006 album Dancing Diva, after signing to Capitol Music.

Aside from music, Huang also participated in the provocative Taiwanese film, Twenty Something Taipei, about the clubbing scene of Taipei. He has also been in featured in a 1992 video called Modern Republic when he was part of the L.A. Boyz. He has also published a book, Between Stanley, that chronicles and tells the story of being caught in between two worlds, one of his life in LA and his roots in Taipei.