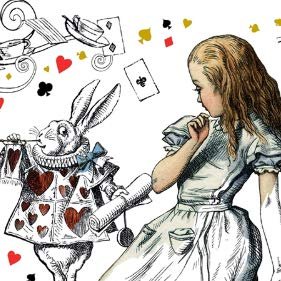 Maybe Not for Everyone, But I Really Liked It

STORY:
The show has a cool, hip vibe that I really like and that I think will appeal to those who like more mature themed dramas. Like others, I was initially interested in this show because of the BL part, but I became hooked on all of the characters’ storylines from the very first episode.

What starts out as a relatively lighthearted theme quickly turns more serious and conflict-driven. Some of the conflicts are ones we don’t see a lot of, whereas others are more common, but for the most part all felt very organic and natural to the plot and characters. A good chunk of this drama focuses on the breakdown of relationships and ensuing aftermath, working through the pain to try to get back what was once had, so if you’re looking for a fairy tale romance, this might not be for you. Infidelity is another prominent theme in this show, which is an apparently a pretty divisive topic. But, in my opinion, infidelity isn’t always a black and white issue, and those who commit it aren’t necessarily nor automatically bad people; they can feel remorse and sometimes deserve second chances. It’s a complex issue, and I think the writers and actors did a really nice job portraying this, as they did for other grey areas in the show. The drama itself touches on a lot of difficult and unpleasant things that can happen in life and relationships in a way that feels authentic. The conclusion/resolution was short, taking up only one episode, and a bit glossed over, but I felt like all of the important points were hit and we were left with some level of closure. Compared to how in depth the conflicts were, though, the resolutions could have been explored a little bit further.

Heavy stuff aside, the plot was dynamic and interesting, and I was invested from beginning to end, which made for what felt like a quick journey: one minute I was watching episode 1, then I blinked and was suddenly at episode 12. A good sign in my book, as I clearly wasn’t bored; I can’t say that for every drama I’ve watched.

ACTORS/CHARACTERS:
I was really impressed with all of the actors. Major and minor roles were played very well, the acting felt very natural, and the characters were multidimensional (i.e., for the most part they didn't feel like stock characters). And despite some moments where I wanted to shake some sense into a few of the main ones, I liked all of them and thought that they kept the story interesting and thought provoking. Especially loved (1) the strong female leads (Am and Boom in particular, but I liked Boyo too, despite her flaws, and thought she had some noteworthy moments) and (2) gay characters who were comfortable in their sexuality and not stereotyped or exaggerated.

MUSIC:
I thought the music fit the show very well: again, young, hip, and fresh. Also, this is one of the few (perhaps only) shows where I actually don’t want to skip the theme song (and opening in general) because I like it so much.

REWATCH VALUE:
There aren’t too many dramas that I can truly say I’m interested in re-watching, but this is definitely one of them!

OVERALL
I don’t think this is for everyone, but I thought it was a really great release from GMM. I’d recommend, especially if you prefer dramas that are more serious and mature.
Was this review helpful to you?