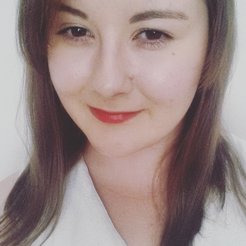 Completed
Zettai Reido
9 people found this review helpful
by HAVA-RAVA
Oct 20, 2011
11 of 11 episodes seen
Completed
Overall 8.0
Story 6.0
Acting/Cast 7.0
Music 6.0
Rewatch Value 6.0
As a person who likes mystery/crime dramas as soon as I started to watch this I knew this one would fly straight to my list of good dramas.

Plot is good and I think it's similar to American series "Cold Case". I liked that series but I think this one is better because this doesn't have many and many more seasons like non-Asian dramas usually has...

Acting was great. Ueto Aya is my favorite actress (well one of them) so I might be biased a bit. Her character was different from her characters before. I also liked every other character too. I think the "lab nerds" were amazing, especially Kimura Ryo.

I liked the insert songs/music in this drama. Opening and ending suited for the drama but they weren't my taste though..but I still liked them...maybe it's a bit weird..

I re-watch only rare few dramas and I think I might just re-watch this one day. Though there's still SP and 2nd Season for me to watch.

Overall I gave this 8 even though most of the ratings are 6...

This is a good drama for Ueto Aya fans and people who likes mystery dramas like I do :D
Was this review helpful to you?