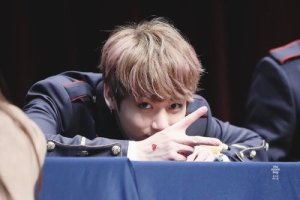 Thank you for looking at my profile. My name is Silje and I'm 17 years old. I like drawing, playing piano, writing, reading manga, watching dramas & anime, photograpgy, chocolate and learning new things. I don't like meat, being sick, school, being dirty and being forced to do something. I can speak Swedish and English and I understand (more or less) Norwegian, Spanish, Japanese and Korean. So feel free to send a friend request and write to me in whatever language you feel comfortable in. :D

I think that the first drama I ever watched was Good Morning Call back in the summer of 2016. I saw it on a website where I originally used to watch anime, but it intrigued me and I ended up watching it. When I later that year got into k-pop I watched Hwarang when it aired since Taehyung from BTS was in it. I later found out that what I had been watching were called dramas when I watched Flower Boy Next Door sometime late 2016 to early 2017.

I've been a k-pop fan since 2016, starting from EXO, then slowly discovering other groups. I'm a fan of many groups, the ones I keep up with the most being: BTS, NCT, Day6, TWICE, Sray Kids and TXT. I'm also a big fan of Got7, PLT, SHINee and EXO.

Most things that I put on hold isn't because I think they're bad, I just got bored of watching them atm. and need to give them some time for a possible second chance. (I also have a hard time dropping things^^")

I usually write little short reviews/comments on shows or actors on my customed lists, so please do check them out if you want! ^^

Music is a big part of me, so please consider following me on Spotify <-- Click here

My favorite anime and manga: Myanimelist

Thank you for reading!