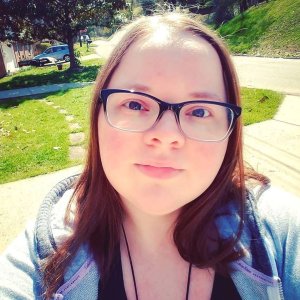 Completed
White Lab
1 people found this review helpful
by Erin
Aug 27, 2018
11 of 11 episodes seen
Completed
Overall 10
Story 10.0
Acting/Cast 10.0
Music 10.0
Rewatch Value 10.0
This show seemed so interesting to me after watching "Mr.Brain", "ST Keishichou Kagaku Tokusou-han" and "ST Aka to Shiro no Sousa File" and I wanted to watch it because I've been in a detective/crime solving/scientific drama type mood lately... though I'm not sure why. Anyway... This show was amazing! Each episode had a different plot line that kept me in suspense the entire time, I learned a lot from the series, and never once did I guess what the ending would be; the show was very thrilling and had me on the edge of my seat with each episode.

I don't know why this drama has not spread like wildfire and continued with a special or a second series. I feel like it left off in a good spot, but I wish it continued on more with the story of White Labo. It was fantastic how they all worked together despite their extremely different personalities. I feel like the way they did not intrude too much on each other's personal lives was a bit much, but given this is a Japanese drama I'm not really surprised.

Each character filled in their quirks perfectly. Like who they acted as was who they truly were. I didn't even notice a Hey! Say! Jump member in the cast until I caught sight of the groups name in the credits after like... the fourth or fifth episode! This show told wonderful stories, one right after the other, and had me crying at the SECOND episode! It was nice that they took an episode out for each character to feel like "THE" main character, too.

This drama is wonderful. Thrilling and heartwarming and exciting and adventure packed until the last moment of the last episode. If you're just getting started with Japanese dramas, this may be a good show to watch but I don't think I would if I was just 'dipping my toes into the Japanese drama fandom', so to speak. This is more of an intermediate-level-type drama; meaning, once you get a few crime/detective dramas under your belt, then watch this drama. But, then again, I can't tell people what to do... this is all just an opinion. And I hope it helps you decide whether or not you want to watch this amazing show!!
Was this review helpful to you?