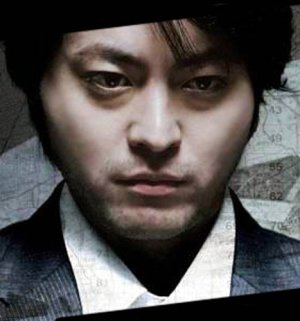 You are so damn cute when angry
12 people 1 love 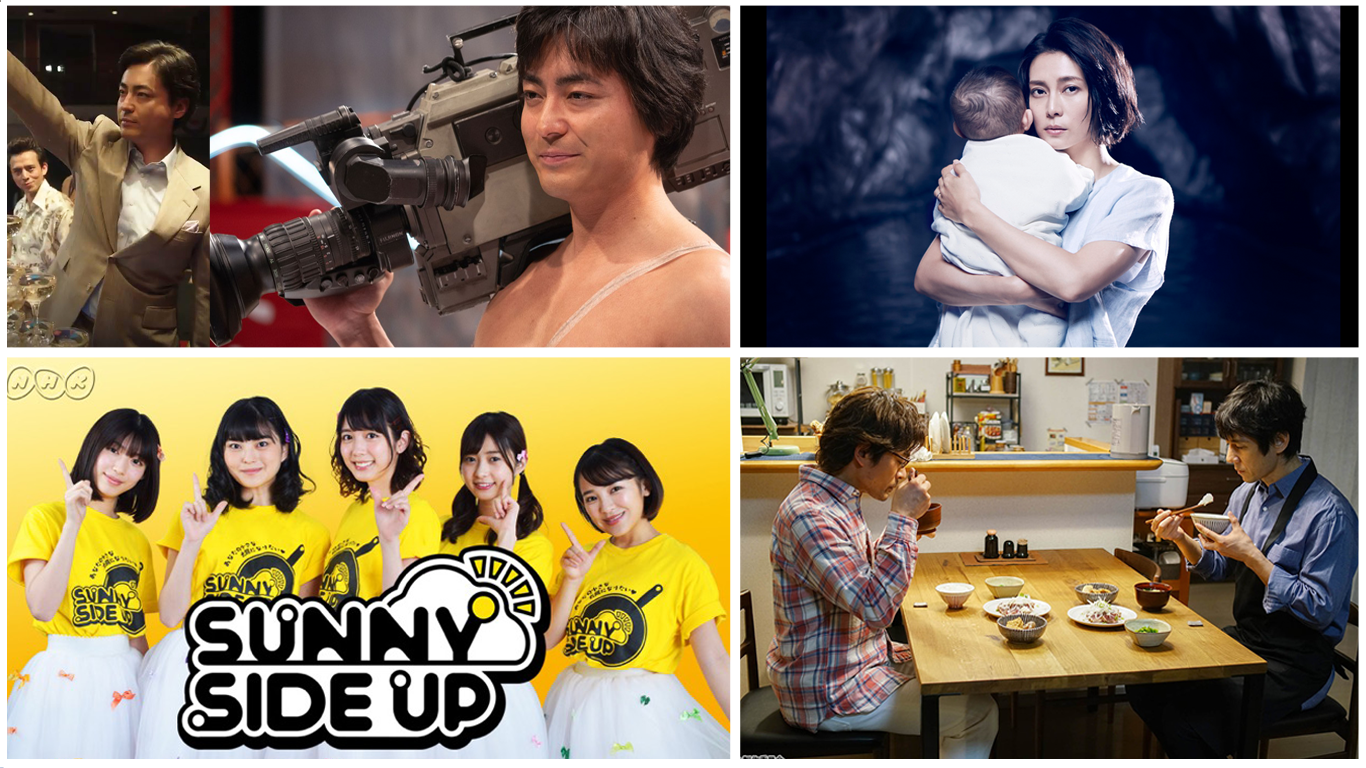 Hi, just call me realdeal not because I'm so f*cking epic or cool LOL. I choose this username because I am a big fan of boxing and Floyd Mayweather(though I'm a Filipino) hahahaah.

Being a guy who loves contact sports, I must say that me being a fan of Asian movie/drama is one of my biggest secrets, no one knows this except some of my close friends. This addiction happens when my teacher in high school made us watch this Japanese movie called "Taiyou no Uta" for a film study. I am already fan of movies before but most are just western films like Forrest Gump and Tarantino movies so that movie to me is a breath of fresh air. I haven't watched something like this before, it's like eating sushi for the first time. That teacher made me love Japanese movies, love Japanese country side, made me a Yui fan, love Jpop and made me realize that aside from anime and video games, Japan is great in doing movies too.

This Site MDL helps me on my quest to discover some great masterpieces in Asian cinema, I already discover some by the help of my fantastic allies (member of this site) but I still have a long road to go. \o_O/

I think I'm the person who watch everything whatever genre it is, or if there's a particular genre that I like the least it's the musical genre. I feel sometimes it breaks the immersion when they started singing, but yeah that's just me. I have no biased when it comes to plot, even controversial plot I watch, "student teacher relationship", "infidelity dramas", "gay dramas", "historical war movies", "religion" and even dramas that seems they are glorifying killing and stealing like "bank heist movies" I watch all of that. I don't get when people say it glorify this just because they saw it in a movie, It's best to separate your morals and reasonings from a story and try to see it through neutral eyes, you don't have to agree to enjoy it.

World would be a boring place if bad things are always portrayed as bad, writer/director knows its audience, they know those people already know the difference between right and wrong. Film rating system also exists, people who are underage are not supposed to watch it, or maybe some of them do like those people who complain, maybe they have immature mindset. World is also not black and white, in every action there's a reason, and that is what fascinating with these type of stories, it will make you formulate your own opinion.

Lastly if you judge the drama based on synopsis you're dumb, you should judge it after finishing it. Because if you do that you're only limiting yourself for discovering something great.

I always look for something new, so when I encountered those clichés it's like a ticking bomb to drop the drama, what can save it though is when the cliché is entertaining enough for me to continue watching the show. I don't mind if it's a comedy or a superhero movie as those are easily entertaining but when it's a romance then most likely I'll drop the drama.

Since I am more of a Japan movie guy, I also noticed that you could categorize Japanese movie/drama into 4 types

I think Japan is the best in terms of serious and gore types. I learned more about Japanese culture because of them especially samurai films. Stupid weird type does not mean bad in fact those were I enjoyed the most and fish story is among my favorites, those also have a cult following abroad.

"True art can’t be compared, can’t be labeled, and can’t be defeated. My work and the work of my fellow nominees will be judged only by time.”

Before I rate anything, I always keep in mind this quote by Alejandro González Iñárritu, in that sense don’t make my opinion or any other peoples opinion the ultimate truth.

About award giving bodies, I also think that they were like BIG PARTIES like those judges are the party host. If you were not part of those judges circle of friends they won't entertain you or even invite you. Most of those BIG PARTIES have hidden agendas and most are political. Well that just my opinion anyway.

ABOUT HOW I RATE MOVIE/DRAMA

How I enjoy it.

Although I don’t remember it but I am sure that I enjoyed the experience of the first time I walk when I was a Kid. No need to explain further.

How it affects me.

Have you ever experience the feeling of after watching a drama/movie you don’t want to watch anything anymore because you want to cherish those emotions and you are afraid you may lose those if you watch any other movie/drama. It prints on the retina. Unforgettable. That would be the biggest factor I consider.

I should just put more emphasis on acting, music, cinematography

Great Script can be ruined by bad actors

I have witness many of those especially on samurai movies when they cast boy band members that doesn’t know how to act. They are just casted to sell the movie. But the worst thing is that, the supporting leads are the ones who know how to act and they also put award winning veteran actors to make it appear that the movie is legit.

Great actors can also be ruined by bad scripts

HOLY MOTHA FAACKA you know the moment when you were so hyped to watch this movie because all the actors are fantastic and it has an intriguing plot but as soon as you watched it you discovered that the script is lame? Most of the time I notice that on art house films like they are trying to go deep to a point the story loses its sense. It's like that director didn’t know the borderline between artsy and being boring.

I also often read comments that says Japanese actors are bad etc. though I somewhat agree with that because Jdramas are now full of Idol actors who can't act, but there's also many Japanese actors that are good or even world class. The thing is because these Idols have huge fan base that those dramas are most likely will be subbed which resulted to people having prejudice that Japanese actors are bad, because they are only exposed to bad dramas involving bad actors. But that's only 1 reason the other reason is because they don't know that the exaggerated acting they see is intended for a certain type of drama.

They need exaggerated acting to make such scenes dramatic. It's a comeback-revenge type of drama after all.
Ex. Hanazawa naoki, Downtown Rocket, Roosevelt game etc

This one not only showcase exaggerated acting but exaggerated plot, setting, development, cliché message...name it lol. But these are just purely for entertainment and should not take the plot or the acting seriously (except for bits of serious moments).

In my opinion music is not just part of the background that was playing. Music to me should be part of the story sets the ambiance of the film. Lastly the ending credits song/music should summarize what you just watch the whole movie….THE FINAL KICK!!!

Great Cinematography to me is not just beautiful but also meaningful, it's just like in painting great painting should fascinate you, it should make you look closer to examine the details and not just stare at one and says "this painting is beautiful", you could have all the colors on your palette but if it's dull it's dull.

Now about my favorite actors, I rate them for their acting talent only. I don't care about their looks or personality.

I am pissed to see some great actors are underrated in this site..

This is my question

How come in japan tv actors are more famous than movie actors? Like for example rinko kikuchi. She made some hollywood movies and even nominated for oscars but in japan she is not well known. Japan is really an idol obssessed country....sad.

One clue to know if an actor is good is if he/she has done more movies than dramas. Movie actors tends to be better actors than drama actors. Also notable directors like koreeda only cast talented actors.
Top actors in terms of talent

I'll just put Japanese actors now because no other actors impress in Korea, Chinese or Taiwanese but I've only seen few so this list might change in the future.

I am biased towards yamada takayuki since he is my favorite but still I believe Tsubamuki is better actor.
Tsubamuki is like the intensity god and yamada is like the most versatile actor I have ever seen. Mirai moriyama and Ryuhei matsuda are both masters the art of subtle acting, they are the best in terms of showing emotion without even saying a word.

No SHUN? Shun is a great actor but not on the level of those 4, he needs to throw some of his idol status and do more challenging roles. Yamada and Satoshi had that Idol status before but look at them now. Shun is also versatile actor but the difference between him and yamada is with shun I still recognize its still him unlike with yamada takayuki. Simply put, Yamada Takayuki’s versatility is like the combination of Johnny depp and Daniel bruhl while oguri shun is like that of benedict cumberbatch. Don’t get me wrong IMO oguri shun is still great actor, I won't compare him to cumberbatch if not.

Doona bae in my opinion is the best living asian actress alive and yes she is better actress than any famous chinese actress out there, "as one" "cloud atlas" "air doll" "host" WHAT AN ACTRESS.

So you came this far  congrats and kudos to your patience for reading my bulsh*ttery. As a reward let me share you what I think the most  poignant , profound, powerful scene in modern Japanese cinema.

This scene is where the grandma knew she won't last long  and she being contemplative and thankful  to her last family members.  But  what's  fascinating is I could see this  as a commentary between two actors.  The line  where she said you are beautiful to nobuyo is an  improvisation from  kirin kiki. We can all agree that that line added much strength in the narrative given what role nobuyo  has in the movie,  but  it's also  like kirin kiki's admiration for ando sakura as an actor.  This  scene to me is the passing of baton between the then best Japanese actress  (kirin kiki) to the now best Japanese actress (sakura ando). Rest in peace kirin kiki.