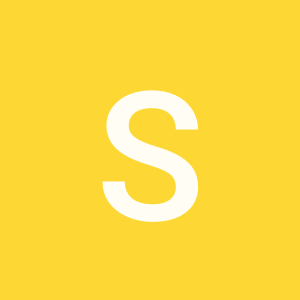 Completed
A Gift to the People You Hate
1 people found this review helpful
by Silente 08
Dec 25, 2019
10 of 10 episodes seen
Completed
Overall 10
Story 9.0
Acting/Cast 10.0
Music 10.0
Rewatch Value 10.0
This review may contain spoilers
Even though the final episode was somewhat disappointing – quite anticlimactic, in my opinion – I have to give this a straight 10/10. The Friday spot was already doing strong with the great “3 Will Be Free”, but with this series GMMTV reaches a new high for me. I even rate this higher than “The Gifted” (which admittedly had a much stronger finale) because I think that it stands out more from the common themes and settings of average GMMTV series. Additionally, I am a bit biased because the storyline reminds me of a story I wrote myself many years ago (about a masked person manipulating other people by “channeling” their hatred, leading them to ultimately become murderers and be haunted by their conscience); I guess I should check out the comic this was based on.

The only negative thing I can say about “Gift for the People You Hate” is the already mentioned anticlimactic finale. I didn’t know what to expect from it (as from the series in general), but many parts were still too predictable (the PM’s suicide for example); the plot twist with Ploy’s gifts seemed a bit pointless (did her action have any effect at all in the end?); and the metaphorical character of the whole tale was made too obvious in the end, ruining a bit of the mystery surrounding the shop.

Enough with the negatives. First of all, Kanittha Kwanyu did an amazing job! The way the story was told episode for episode, with interesting episode titles, atmospherically brilliant shots (the sudden shaky effect whenever the shopkeeper appeared was a great idea) and well-used flashbacks (causing even more confusion about who actually ordered what gift), cannot be praised enough. We need more directors like her (and less like Dan Worrawech, seriously!), probably more female directors in general.

Similarly, the actors were all doing their very best. I can’t think of a bad performance of anyone throughout the series, although I still have my problems with Aye; not sure if that is based on her acting qualities though. Definitely good casting decisions, and the screen time of the actors was well-distributed (I wouldn’t have minded to see some more of Victor though). This has also one of the most interesting title songs I have heard in any Thai series, such a nice genre mix. The overall soundtrack was composed very well, not too repetitive like in many other cases.

What else can I say? I think the underlying theme of the series, which is a big metaphor on the deepest abysses of human behaviour, is conveyed in a very impressive way. It literally hurts seeing everyone being manipulated by unmotivated hatred. Throwing in a story of corruption in Thai politics worked out nicely as well. I am totally sold and hoping for more of this!
Was this review helpful to you?