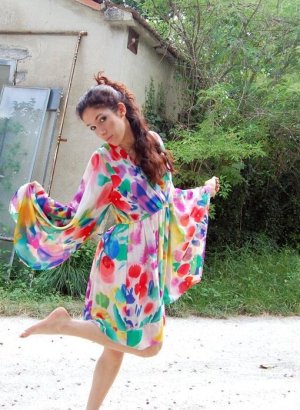 Completed
Reply 1994
21 people found this review helpful
by __Jenny
Other reviews by this user
Jan 8, 2014
21 of 21 episodes seen
Completed 0
Overall 10
Story 8.0
Acting/Cast 10
Music 10
Rewatch Value 10
When I started watching this drama I had many prejudice, after seeing reply 1997 I was afraid to watch something that had pratically the same plot!

That is indeed true the plot is the flaw of this drama.. but at the end I was totally hooked by this drama.
The reason is that the actors are really amazing!
They are really able to make you feel the characters emotions! Amazingamazinamaaazing really, I never tought that Go Ah ra was such a great actress!

I'm not the type of person that would rewatch a drama, but in the case of reply 1994, I would make an exception!


I don't think that I ever cried that much for a movie. I'm not really used to cry for movies or drama in general, even if they are sad.


Story:
I really liked the story since it's a bit inusual. It's not the usual movie that makes you cry for the jerkness of one of the two leads or watheva. Both the leads have strong characters and don't get in your nerves with stupid actions.
The story it's more usual of a Japanese movie than a korean, making the disease the focal point of the story, but it gets rid of the slowliness of Japanese movie.
Even if it's a sad story, at the end, it leave you with a smile, when you rethink at the story. Since the characters are really enjoyable!
While watching the movie be ready with the tissues, you will need them!

Acting:
I really liked all the actors, they were really good. I like Baek Jin Hee, and I'm happy that finally she gets the main role (the same goes for Lee hong Ki).

What to say both baek jin and Hong Ki have beautifull voices! I really enjoyed the hospital band idea!

I would indeed like to rewatch this movie!
(And I'm happy that is a Movie and not a drama, I think that a drama version would have been rather heavy going)

Completed
Secret Angel
14 people found this review helpful
by __Jenny
Other reviews by this user
Jan 11, 2014
10 of 10 episodes seen
Completed 0
Overall 9.0
Story 10
Acting/Cast 9.0
Music 9.0
Rewatch Value 10
What to say the drama, is one of them with a intresting plot that you would enjoy to rewatch without getting bored, Since the drama is really short!

But at the same time the fact that the drama is so short is its loss.. Watching this drama you will notice that the story flow a bit to fast!
There are a lot of happenings but there isn't the time for the public to emphatize with them, since they are to fast!

But in any case i really enjoyed the story! It's a simple story of a clumsy angel that "wrongly" save an human.. That is a cute plot, not a master piece. But a story that a really large rage of people can enjoy!

I like the actors since they are handsome and they have good acting skills, the famale lead is particularly funny!

So give it a shot!

Usually the problem that occurs with most dramas is that they aren't able to hook you untill the end.
I have to say that "secret love" is one of the good made one, which have a storyline able to make you follow it till the end!
Other thant the storyline the actors were all handsome and capable!

What should I say if you want a drama that is entertaining(well done), that has Romance (and even if it isn't a totally new approach it can't be called cliché) and has great and handsome actors, This is surely your drama!

Good watch
Was this review helpful to you?

Completed
After School: Lucky or Not
5 people found this review helpful
by __Jenny
Other reviews by this user
Dec 11, 2013
12 of 12 episodes seen
Completed 0
Overall 10
Story 9.0
Acting/Cast 9.0
Music 10
Rewatch Value 10
I have to say that this short drama is really worth to watch!
Yeah probably the storyline isn't outstanding, but it know how to keep your intrest up!

Maybe (Just maaaybe) my opinion is a bit influenced by the handsomeness of the main characters, but I mean.... did you se them???
Apart from this the story in it's overall it's really funny and full of nonsense that will make you laugh and wonder what will they came up with next!

Making a scheme of my opinion i would say

Acting:
They weren't perfect but more I think about the fact that they are just newbie came out from a competition program the more I like them. Other than this they are really handsome, (did I alredy said that?) and that will fill what is laking in their acting. :3

Storyline:
Even if it isn't outstanding, i really appreciated its originality and how it made me die from laughing!

Music:
They weren't many but the singing improvvisations were really something! I like their voices.

Ending:
Should I say that? haha I won't spoil don't worry!
In any case since it's a commedy it won't let you cry from disappointment, but it isn't totally predictable! Sincerly I liked the ending, but this is as much as I will say!

So in the end let's all give a try to this drama I'm sure the most of you will like it!

[If I've made some grammatical mistake, sorry to the all of you! I'm Italian ^^]


This drama completly surprised me!
I have to say that usually I can't really stand long dramas! But this is really an expeption!
It was perfect.
The final was perfect, the drama wasn't predictable at all, the characters were all well defined!

All the actors had amazing acting skills! There was love, action and thrilling scene!

One thing is sure you won't be disappointed, even if it will make your heart ache many times, the ending will be wort of all those pains!

End other than that i really loved Min joo character, since is her character that have the drama to have his "music" section! (she dream to became a singer)

So what should I say, you MUST WATCH IT! you won't be disappointed really!