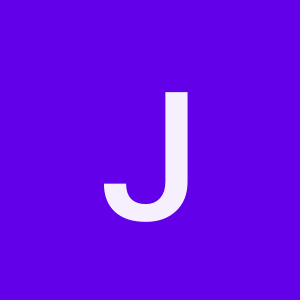 Completed
Medical Examiner Dr. Qin
13 people found this review helpful
by Jiongnan
Other reviews by this user
Dec 2, 2016
20 of 20 episodes seen
Completed 2
Overall 7.0
Story 7.5
Acting/Cast 8.0
Music 6.5
Rewatch Value 5.0
Story: 7.5/10
I'm like a little obsessed with crime shows and stuff so I'm being a little harsh. Overall, if this was the first time I saw a crime show, this would blow my mind. But alas, I've seen a few good ones so this doesn't really compare that well.
The story was good in the sense that most questions got answered. You find out who almost everyone is at the end. But what bothered me was that the story wasn't really tightly connected. The overarching theme was really loose and it felt a little bit forced, like parts of it was inserted just because it'll add suspense but it didn't really relate to anything too significant.
The overarching plot was predictable and too typical. I mean it's still a decent drama, I would definitely recommend, but it was a *little* disappointing.
But the individual crimes and stuff, that was kinda neat. Props.
What I appreciated was the comedic relief, they were inserted a really good times so you're not psychologically stressed the entire show. And it really builds on character development.

Acting: 8/10
The main characters really worked well together, not to mention the male leads were definitely eye candy ^^ Character development only really happened for Dr. Qin, the rest kinda helped him a long with it. Which was cute. But development was pretty typical and expected. At least the acting was professional.

Music: 6.5/10
There were not really a lot of memorable OST parts that I could remember. I'm pretty good aurally so I would remember a song that relates a certain scene or whatever. The only vaguely good parts I remember is the quirky tune during comedic relief parts. When ever that music came on, I just felp more relaxed because nothing bad is happening.

Rewatch: 5/10
I don't typically rewatch dramas, but this was short and sweet enough to maybe go and pick out my favorite episodes. What I love about these dramas are that the beginnings are individual crimes and stories so you can watch it separately.

Overall: 7/10
It was a little disappointing that the overarching theme was too loose and typical. It was too predictable and thus a little anti-climatic. But the individual crimes were pretty decent and enjoyable.
If anyone is looking for a good crime show starter or just a laid back drama, this is definitely a good one.

Completed
Back in Time
4 people found this review helpful
by Jiongnan
Other reviews by this user
Nov 8, 2016
16 of 16 episodes seen
Completed 0
Overall 9.0
Story 9.5
Acting/Cast 8.0
Music 7.0
Rewatch Value 8.5
This is my first review and I also watched this drama like a while back so bear with me...
Story: 9.5/10
This is a rather real slice of life. Even though I didn't grow up in that environment, the stories I've heard matched with the show. The actors are real in their concerns and every day routine. The characters interact so well and really bring out that school time innocence. Their issues are actually so real and relatable that the episodes fly by while reality punches you in the face. Their story made me want to cherish high school, or what was left of it at the time, all the more. Because they were so eager to grow up when all they had to do was be kids.

Acting: 8.0/10
From what I know, these were relatively young/new actors and actresses. They're acting wasn't over the top or exaggerated. They worked well together. I really liked them (anyway).

OST: 7.0/10
Music was pretty decent. I don't remember much of it but I'm listening to the OST as I write and it brings back some pulled heartstrings so definitely memorable when prompted.

Rewatch: 8.5/10
When I'm feeling a little nostalgic I would definitely turn to this drama. But I usually don't rewatch dramas...so if I would...

Ongoing 58/90
Brave Lover
0 people found this review helpful
by Jiongnan
Other reviews by this user
Nov 9, 2016
58 of 90 episodes seen
Ongoing 0
Overall 7.5
Story 7.0
Acting/Cast 7.5
Music 8.5
Rewatch Value 1.5
Story: 7.0/10
Ok if you have a lot of time on your hands, then go for it. Otherwise, it's your typical drama, drawn out over the years and unwinding ALL the misunderstandings and bad timing. It does get a little tiring after a while. But the story does a good job bringing in back stories and tying things up. There definitely wasn't too much UNNECESSARY plot but definitely a little too much.
Overall, it's about a girl and boy who met when they were younger. They meet up when they're older. There's a bit of a misunderstanding but they eventually know who each other are and they start a romance. But obviously the guy's (who's well off) family doesn't approve of the girl (working class) and refuse their togetherness. Other girl is jealous, creates drama.
It's really legit all the back stabbing and plotting you usually find. I mean it's good, (a few face slaps here and there), but it does drag on.

Acting: 7.5/10
They have good actors here, they really do. But some supporting actors were a TAD bit too dramatic for me. And I realized I get uncomfortable criers. Just saying. But overall the characters were very well thought out and the actors really got under their skin. The characters were also anything but static, they changed throughout the story and really built up the plot.

Music: 8.5/10
There was like one song that I remember pretty clearly, and it played during dramatic parts. But the rest was also pretty good.

I usually don't rewatch dramas, but if I was bored and had time to kill (LOL) I wouldn't just because it's so dang long.