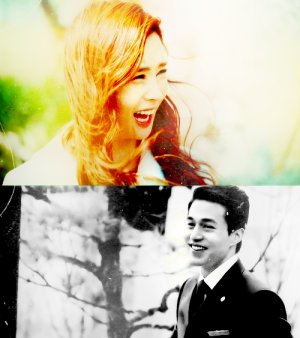 Completed
Fates & Furies
3 people found this review helpful
by purplebass
Mar 2, 2019
40 of 40 episodes seen
Completed
Overall 8.0
Story 8.0
Acting/Cast 8.0
Music 9.0
Rewatch Value 8.0
This title started with a promising introduction. The four protagonists all want or not want something and they are going to try what they can to get it. Hae Ra wants revenge, In Joon wants to run his shoes company, Tae Oh wants to save his daughter, and Soo Hyun wants to get married. It was amusing how it all felt like destiny when their lives got tangled up together, and I liked to find out what reason drove each character to do what they did.

The main theme is revenge, and this drama contains some of the usual k-drama cliches of this type, so you won't find nothing new. At times the show looked predictable, but I was surprised a few times despite the execution was a bit poor on some occasions. In the end much of the plot makes sense.

What some people may not like is the slow pacing. This drama is actually short compared to others, but in my opinion it develops a bit like a longer drama, so many people will find that it drags a bit. I honestly didn't feel that "dragging" feeling much, but that's probably because I marathoned the last 20 mini episodes because I wanted to find out how it ended. In my case, I enjoyed the ride, but I understand the plot can be tiring at some point, especially when some storylines could've been resolved in less time. A 16-episodes drama would've been OK as well for this kind of story, but what can we do?

This drama had a very good cast. I really wanted to see Joo Sang Wook and Lee Min Jung reunite, but it didn't feel satisfying like their previous k-drama reunion. I think on this drama there should've been more work on the development of this couple because at times the actors didn't feel like they were into the pairing, as if they weren't much involved. I understand In Joon's character liked Hae Ra and he was driven by his liking to act like he did with her and that Hae Ra was with him just because she had an ulterior motive, but there was something off in their dynamic. I guess it's the writing, because the actors have worked together in the past and there wasn't any chemistry issue in a title like "Cunning Single Lady". I think the revelation of this drama for me was Seo Yi Hun, who played Cha Soo Hyun. Her character was complicated and unsure at times, but she always did something unexpected. She was truly a character you love to hate.

The music was very good. I love the main OST by Aalia called like the drama. And I loved every instrumental that they put on it, because they were very fitting and alluring for this kind of drama.

Would I watch it again? Yes, probably. Despite everything, this drama was my cup of tea. I liked the story, didn't like how some things were executed, but I liked it overall. If I were to suggest whether to watch it or not, I'd say that if you like revenge dramas, then this could be of your liking. But you want any suggestion? Marathon it. I guess it's better to watch the story fast, because it all makes more sense in the end.
Was this review helpful to you?