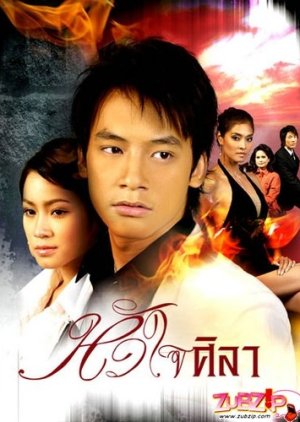 Tor is the illegitimate child of a millionaire and a poor woman. His mother is the "mia noi" or lesser wife and Tor is the millionaire's youngest son. Tor's stepmother, who is the first wife also has a son, named Sawit, or Ae, as people call him. Tor and his mother are treated very harshly by his stepmother and brother. Eventually, his mother dies of pain from abuse while he is still a kid. After his mother's death, he befriends a girl next door named Mintha, who is also a stepchild. Tor and Min have many things in common and it brings them close together. One day, Ae and Mintha's half sister, Kwan bullies Tor to the point he fights them back. Ae pretends to cry and run to his mother for help. Tor is then beaten by his stepmother and while he is avoiding being hit; he trips onto a broken porcelain vase piece that cuts his chest. Tor manages to escape to a nearby shed and Mintha offers to clean his wound. Before Min could do anything at all, Tor's stepmother find them. Tor tried to escape his stepmother but runs into a dead end and is forced to jump in the lake. Everyone thought he had died but Tor was rescued by his Aunt Mam. His aunt changes his name to Sila so he can forget his life as "Tor". "Sila" grows up to be a handsome and rich pimp. His Aunt Mam is a famous but kind prostitute that owns an extravagant gentleman's club. Sila respects his aunt and loves her like his own mother. She gave him everything he wanted and treated him like her own son. Sila and Min accidentally meet at a hospital. She immediately recognizes him because of the ring Tor wore as a kid. Sila is happy to meet his childhood friend again but does not admit that he is Tor. Fatefully, he also meets his step-mother and half- brother, Ae. They don't recognize him as Tor but sees him as a disgusting guy that makes money off women. Now that his life has changed, Sila draws up plans for revenge on the people that caused his childhood to be an unforgettable nightmare. (Source: biethestar3) Edit Translation 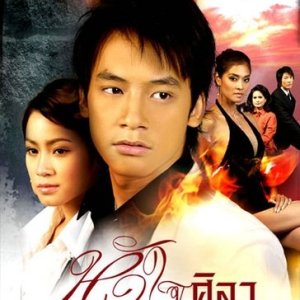