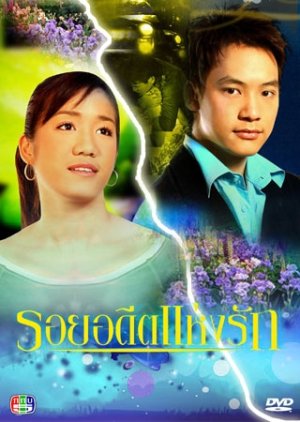 Bie's character is a well know, successful young businessman. Mew's character is a student studying to be a nurse. She has a starstruck crush on Bie. Bie is engaged to his girlfriend, and after a night of drinking and partying, he and his girlfriend almost hit Mew as she is crossing the street. As both get out of car to yell at her, the girlfriend unknowingly steps further into the street and into the path of an oncoming car. She gets hit and dies instantly. In his semi-drunken, and outraged stupor, Bie blames Mew. Although she tries to apologize, Bie condemns her. Hurt, Mew leaves the city and returns home to live with her parents. Their paths cross once again, as Bie is overseeing a magazine shoot in the seaside city where Mew lives. As with all lakorns, Mew somehow ends up in the shoot and through that interaction gets hired as a nurse to take care of Bie's grandmother, as suggested by Bie's doctor friend. As the two live together, Bie starts to fall for her, but his gulit complex over his deceased girlfriend holds him back. Meanwhile, Bie's secretary Pei is stealing from his company and looking for an scapegoat. She convinces Bie to hire Mew as her assistant. Trusting that Pei has good intentions, Mew does whatever Pei tells her to. Pei's plan pans out and Mew is blamed for the financial losses. Though his grandmother refuses to believe it, Bie, feeling even more betrayed, fires Mew from both her jobs. As Mew and her friends protest her innocence and search for evidence, Bie starts getting suspicious of Pei. Will our p'ek figure out everything, learn to forgive, and be forgiven from Mew all in 31 episodes? Tune in. Edit Translation 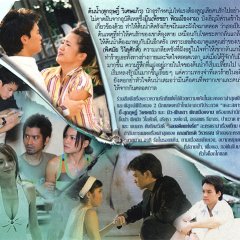 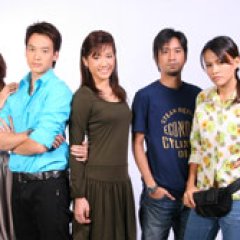 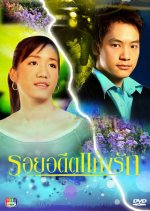 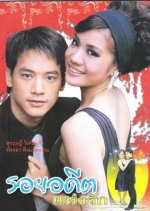 Completed
Humbledaisy
1 people found this review helpful
Other reviews by this user
0
Jul 11, 2016
31 of 31 episodes seen
Completed 0
Overall 6.5
Story 4.0
Acting/Cast 6.5
Music 6.0
Rewatch Value 3.0
I usually spend more time on my reviews but as I stumbled upon Roy Adeed Haeng Rak while searching for another lakorn (I still am - it has a similar revenge plot where the hero believes the heroine had something to do with the death of his fiancee) - I thought I could do this one in bullet points.

* Our hero, Tonnarm - crazy pants though he may be - is played by the pillowy lipped Wisetkaew Sukrit, aka, Bie. It may just be the writing that gave Tonnarm such an angry expression throughout the show but personally, I wanted to see him move from simmer to boil. Kind to his family but cold to our heroine.

* The plucky heroine, Peerot Yaapin Mueangngaam (Mew) as Mean, is cute in a very natural way and is able to tease the unusually-angry-eyed Tonnarm. Unfortunately for her, he responds with more arm grabs than a Korean drama. Mean looks - tolerant.

* Side characters include Tonnarn’s forgiving grandma - played by a Thai actress who usually plays very strict and intolerant characters. She did a lovely job here - but it was a bit disconcerting after see her play “mean” for so long. Family and friends are also very naturalistic - kind friends, foolish servants, screechy greedy evil leads, hardworking parents- the director used all the character tropes in the book. It did feel a bit like a mixed bag but it worked! One nice plot point were the medical situations. I like a show where doctors/nurses/hospitals appear professional. All together, my acting rating was a 6.5.

* Plot - ah, plot. Revenge for an idiotic reason. It was so thin that I can’t believe it made it for 31 episodes. Basically, Tonnarm is the most unlucky hero as he has not one but two fiancees who get hit by cars. I’ll let you guess just how that happens and the results. And on his birthday, too! My rating - 4.

* The music was a pleasant background to the acting. Sometimes bad music can take center stage in a drama - either poorly fitted to the action or an obvious rip-off of another show - but this show's music was not distracting in any way. I’d say that made it a - 6.

* Rewatch value is practically nill. Actor Bie was lovely to watch but most of the time, our heroine, Mean, looked scared of him. Not interested, not intrigued, not tempted - just scared.

Completed
Azet
0 people found this review helpful
Other reviews by this user
0
12 days ago
31 of 31 episodes seen
Completed 0
Overall 7.0
Story 7.0
Acting/Cast 6.0
Music 7.0
Rewatch Value 6.0
I had nothing to watch while checking out some Youtube videos and then saw this and decided to watch "Roy Adeed Hang Ruk" starring Bie Sukrit Wisedkaew and Mew Peerot Yaapin in which they acted for the first time.It is a very dramatic lakhorn with many over the top moments and has the tropes i usually like which is the hate-love relationship between the main-leads.There are many repetitive dialuges and much push and pull which made some scenes pretty hilarious when they were meant to be serious.Since Bie and Mew both were acting for the first time it was very hard to buy into the naturalism in their acting.They couldn`t act naturally and therefore a certain depth was missing in their characters (Bie did a much better job in his later 2007`s version of "Hua Jai Sila".Bie plays the rich business tycoon Tonnarm who loses his fiance early in the story and blames the female lead Meen for being the murderer (when it was only a car accident).At every turn he tries to make her suffer but in turn loses his heart to her for her gentle and tender beauty and patience.Eventually he can`t stay away from her and hurts both of them because of his rage of jealousy and the misunderstandings that keep them apart,there is also one obsessed gold-digger who wants to claim Tonnarm at every turn.I hope they will make a remake of this lakhorn someday!