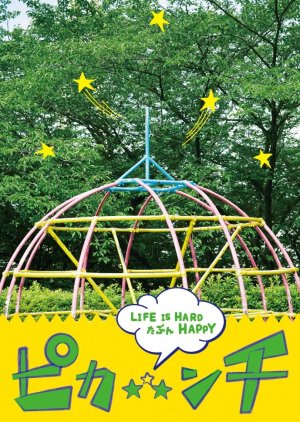 Completed
OldAnimeLady
2 people found this review helpful
Other reviews by this user
3
Oct 8, 2017
Completed 3
Overall 7.0
Story 5.5
Acting/Cast 10
Music 6.0
Rewatch Value 8.0
This review may contain spoilers
I watched this raw and no I do not speak Japanese but i have watched the first 2 so I figured I would give it a try. I know it was filmed in a short amount of time due to scheduling and it is the first movie they starred in together since 2007, which was Yellow Tears.

The story basically told itself , I may have missed out on the dialog but just watching them reprise these roles I now know where Haru, Shun, Chuu, Bon, and Takuma’s  life have taken them now that they are in their 30's.  Trying very hard not to post any spoilers but if you watch this for nothing else the costumes are uniquely Arashi.

If you liked the first 2 which I found english subbed relatively easily, you will love to reminisce with  the characters with or with out subs.