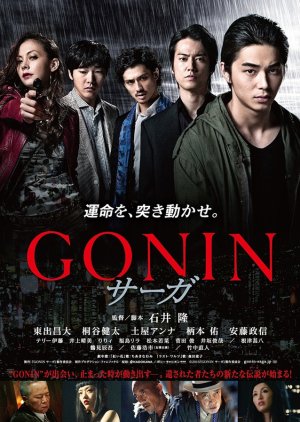 Gonin Saga is a 2015 Japanese movie written and directed by Takashi Ishii as a followup to the two Gonin films he directed in the mid-1990s. Edit Translation 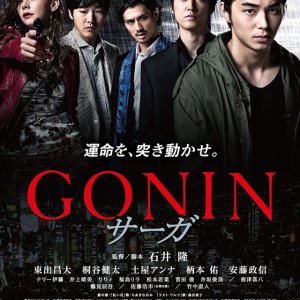 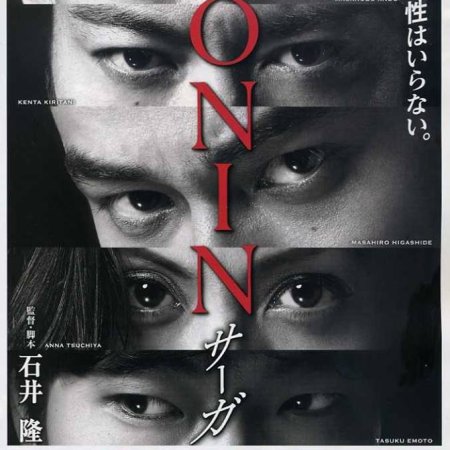 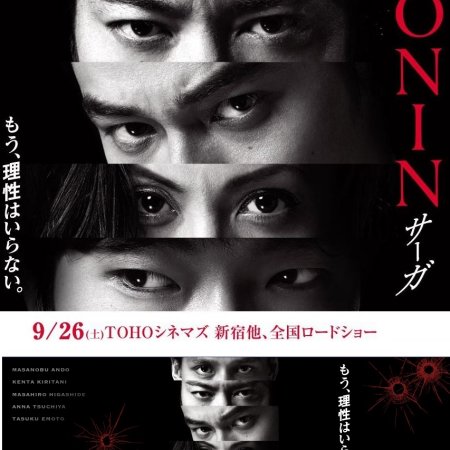 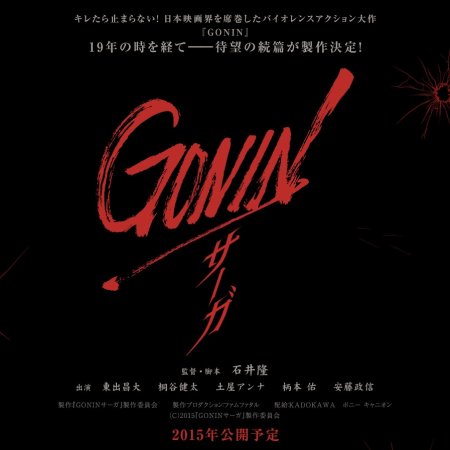 Completed
HAMEX
0 people found this review helpful
Other reviews by this user
0
Aug 20, 2016
Completed 0
Overall 7.0
Story 8.0
Acting/Cast 9.0
Music 6.0
Rewatch Value 5.0
I think I know why a lot of people didn't have a good impression from this movie. Here is the most important thing, this Gonin Saga is an action movie that packaged in a classic action format, an old-fashioned editing. So if you’re not a fan of classic action movie, or can’t get the fun of watching it, then you’re not gonna enjoy this. I guess it’s because they want to keep the tone from the previous Gonin. Even thought I don’t think it’s a good idea to keep the old style editing for 20s movie, well it’s been said that this movie was directed by the same director. I can easily notice classic speedy zoom in, awkward dissolve interscene transition, stiff credit title plus city view as a background and intense classic instrumental as a backsound. So it does have a dark environment and some typical old action movies scene such as fighting under the rain, dramatic gun shooting and so on.

The story revolve around Hisamatsu, Daisuke, Asami and Keichi who fight to avenged their fathers death.

Usually this kind of movie will emphasize more in acting, story and shootout scenes. So do this Gonin Saga, it contains a bloody shooting and killing. Gonin Saga packed with a lot of drama twists. IMO, the story itself is really interesting, a revenge but also a lot of point that connect each characters’ past story. I have to put extra attention to the story itself because I didn’t watch the previous movie, but they recapping it. It’s so hard to pin point from characters from the previous movie with the current movie but then it’s getting interesting with some suspense mood.

The acting from the actors were absolutely great, I can feel the pain, the cringe &amp; the horror, especially Takenaka Naoto. My personal reason to watch this is of course because the main casts itself, Higashide Masahiro and Kiritani Kenta. I thought they were gonna portrayed as cool fighter or something, but I was wrong. Oh yeah they were fought a lot, but not in a hero style, still satisfying tho, watching them acted along in the same movie.