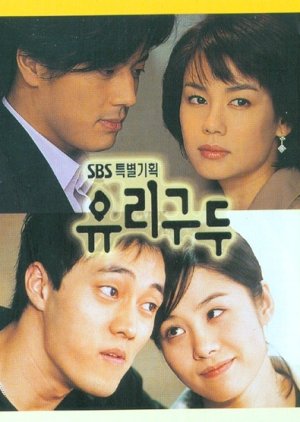 Completed
purplebichonhorse
7 people found this review helpful
Other reviews by this user
0
Jun 22, 2012
40 of 40 episodes seen
Completed 0
Overall 7.0
Story 7.0
Acting/Cast 9.0
Music 6.0
Rewatch Value 4.0
This is such a good drama! It has elements of tragedy, love, revenge, fighting, villains, con artists, and everyday life that make it such a well blended drama. There were some episodes towards the middle that could have been revised and I thought they could have ended the series a bit differently (The last ep is somewhat bittersweet), but overall the plot of this drama was really good. Just a forewarning -this drama does have flashbacks occasionally from something that happened 20 minutes ago in the drama, while annoying this did not really detract from the drama itself overall.
Acting was great by all the actors -the children in the beginning did well too, but overacted at times.
The music did get a little repetetive at times, but there were no songs I absolutely couldn't stand so it was ok.
Rewatch value is lower just due to the fact that the drama will be less interesting the second time around, since you know where all the twists and turns in the plot will go.

I would recommend this drama if you enjoyed Shining Inheritance due to a somewhat similar plotline and premise of the drama.

Completed
redenzione
2 people found this review helpful
Other reviews by this user
0
Mar 4, 2013
40 of 40 episodes seen
Completed 0
Overall 6.0
Story 6.0
Acting/Cast 7.0
Music 5.0
Rewatch Value 5.0
This drama was good, but frustrating in terms of the story and some of the characters.

The writing was the biggest issue I had, while being sometimes riveting there was too much back and forth, not a lot explained, wishy-washy feelings and just not enough clarity.

There were a few things touched on and left unexplained I thought - such as a certain gang leaders propensity to stare at the older sister like he couldn't believe she was really there. (There is a history there, it's quite interesting, I just wished it would have been fleshed out more.) I actually would have liked to have something romantic happen there, I think the older sister deserved it after what she had been through with the second male lead.

I thought So Ji Sub was brilliant and endearing, his character was probably the best written of the bunch and wonderfully played.

Kim Hyun Joo as the younger sister (Kim Yun Hee) was appropriately spunky in the beginning and she played her part moderately well - she and So Ji Sub had brilliant chemistry, however I began to roll my eyes at her character the minute she and second lead met. Her character had been good up until then. After that, as much as I liked Kim Hyun Joo - she couldn't really save the affection I once held for the character. I think it was more the writing than anything. As above I mention the wishy-washy feelings, this is where it is.

Kim Ji Ho as the older sister Kim Tae Hee, An okay character I felt, however she could have been so much more. Again - she was brought down by the writing in the latter part of the story, but she did have some stronger moments, more-so I think than Kim Hyun Joo. As above, I wished they had used that history I mentioned above and done something more for her, in the end she was more of a weak fourth wheel for the main love triangle and TBQH I think she deserved more.

Han Jae Suk as Jang Jae Hyul, it doesn't help my review in that I never cared for his character to begin with... I didn't really get him to be honest, there was no sincerity there for me (as a character) I just don't understand how he managed to have two girls (smart as they are meant to be) under his spell.

On the whole, I think there were parts that could have been done better, I liked the story - it kept me to my seat in general and I only fast-forwarded through a few bits.

Completed
pammo1949
1 people found this review helpful
Other reviews by this user
0
Dec 2, 2018
40 of 40 episodes seen
Completed 0
Overall 9.0
Story 9.0
Acting/Cast 9.0
Music 8.5
Rewatch Value 6.0
I think I've seen most of the "classic K dramas" - Autumn in my heart, Winter Sonata etc. after I became addicted to K dramas in 2014. However, I never saw this title on any of my lists to watch and discovered it listed in an article recently and comments suggested watching it. I marathon most completed dramas and since this was a 2002 drama -- it took about 5 days to get all 40 episodes in - but it was worth it. First, the story - impressed that it was always moving forward with few flashbacks as fillers; A story about real family, adopted family, and filial loyalties. A solid romance story with "G rating". Strong conflicts within families without continual nagging abuse without reasonable end. A drama that defines the writer's definition of happiness, commitment, loyalty, and sacrifice - but not always to the viewer's pleasure. Sometimes very disappointed in choices made but the movement of the storytelling often depended on irrational choices. The Actors were stellar - emotions and reactions were always on point and not strained or overdone. Even "the bad guys and gal" throughout delivered their performances. The music - melancholy and moving and appropriately interjected into scenes when appropriate. Would not rewatch - the outcome was not what I would have wanted but satisfied the director and writer found a way to wrench more tears out of me since I cried buckets throughout.

Was this review helpful to you?
Completed
Grace lander
0 people found this review helpful
Other reviews by this user
0
Jun 30, 2015
40 of 40 episodes seen
Completed 0
Overall 9.0
Story 9.0
Acting/Cast 10
Music 10
Rewatch Value 9.0
It's a touching and heart warming series. Loved the bond the sisters had for each other. I cried watching this series toward the end. If you're planning to watch this show, make sure you have a box of tissues nearby.

Music: I loved the soundtrack in this series.

Rewatch Value: I probably would rewatch it someday.

Overall, it's a great drama and I would recommend it to people who like family drama.
Was this review helpful to you?

Completed
Liz
0 people found this review helpful
Other reviews by this user
0
May 12, 2015
40 of 40 episodes seen
Completed 0
Overall 8.5
Story 8.5
Acting/Cast 9.0
Music 8.0
Rewatch Value 8.5
I watched this drama when I was around six years old and I'm sorry if this review is vague lol.
Story: 8.5/10 It was pretty good. I remembered I enjoyed this drama. It's about I think it was a ring... and the girl was lost from her rich family when she was younger and she always wore this ring on her neck. She lived with this other girl and then when the sister came looking for the younger sister, the girl stole the ring and pretended to be the younger sister. As for the guys, there was romance and I remember some crazy gang scenes in this drama but I don't really remember much so I would recommend that you read a synopsis on this somewhere.
Acting/Cast: 9/10 So Ji Sub is such a good actor. His gang scenes scared me so much LOL. The girls are good actresses too so cast isn't a problem.
Music: 8/10 Don't remember it had any I liked but I didn't hate it so neutral.
Rewatch Value: I rewatched this a ton of times back then lol
Overall: 8.5/10 I recommend. It has a melodrama atmosphere to it. It's a one of a kind drama tbh.