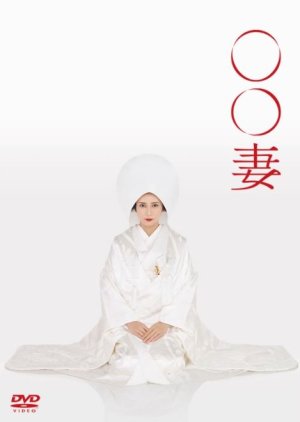 Jdorama I Have Watched Over The Years
176 titles

Completed
KimiChan
3 people found this review helpful
Other reviews by this user
0
Mar 31, 2015
10 of 10 episodes seen
Completed 0
Overall 8.0
Story 8.0
Acting/Cast 8.5
Music 8.5
Rewatch Value 6.0
First, I watched it because i was drawn by the poster of this drama, so i download it. And i don’t know how but his drama always made me want to watch the next episode after one episode.
The story is not really great but it’ll make you want to know what was really happen to this couple. And i cried for once when she told him about her past.
The cast is just as good as the story. The husband is really cute when with his wife. And the wife who just likes a robot had a really unique personality.
The music is good, and i really like the song that the wife always sings every episodes.

Completed
Timbone
3 people found this review helpful
Other reviews by this user
0
Nov 30, 2015
10 of 10 episodes seen
Completed 0
Overall 2.5
Story 5.0
Acting/Cast 9.0
Music 9.0
Rewatch Value 1.0
First half was great, the latter half just...plain wrong. The mystery was more entertaining than the answer, and the end just .. just bad.
Would have been great as a 5 episode drama or tanpatsu. The drama might be trying to make the viewers commit seppaku at the end.

Japan has the worse record of gender inequality among developed nations and dramas like this seem to celebrate it instead of criticize it. Abenomics will be a failure if Japan cannot get rid of sexism on TV even a little bit.
Was this review helpful to you?

Completed
xxMayaxx
0 people found this review helpful
Other reviews by this user
0
Feb 26, 2018
10 of 10 episodes seen
Completed 0
Overall 9.5
Story 10
Acting/Cast 10
Music 7.5
Rewatch Value 9.5
"Is your life over because of one mistake?" -daiki-kun
"Is there anyone in this world who wouldn't have some dirt in them?" -Chiharu-chan

This drama is really highly recommended, everything falls into place and unlike other dramas, this somehow close to reality. How the drama tackles the life of a newscaster, the family relationships and how society usually judge people because one incident. It's an excellent drama,  not heavy themed until the later parts. The acting was perfect: Kou Shibasaki as a wife with a secret, you could really tell that she was somehow anxious and was like wearing a mask, you couldn't predict her; Higashiyama Noriyuki was excellent too, how he portrays a newscaster and a husband tormented/frustrated about his wife. They portrayed the characters so well and I like the development of characters. Though I find it bothering/annoying when they use the "holy"  bgm, but until the later parts bgms used improved.

I'd definitely re-watch it  but avoiding the ending. Though most are disappointed  how it ends, I think there was a message to it. Life is unpredictable, so one must cherish the moment.