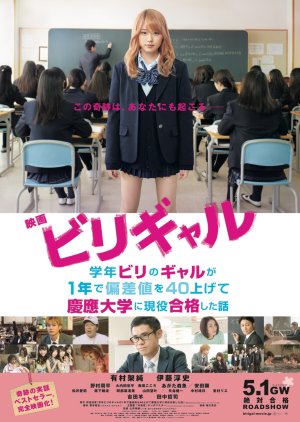 Kudo Sayaka is a 2nd grade high school student, a gal (Gyaru) who wears miniskirts and dyes her hair blonde. Even though she is a high school student, her actual academic grade level is on par with 4th grade elementary school students. During the summer, Sayaka attends a private institution. There, she meets Teacher Tsubota. Besides her mother, Teacher Tsubota is the first adult to praise her, and through his guidance and instruction, Sayaka begins to change. Edit Translation 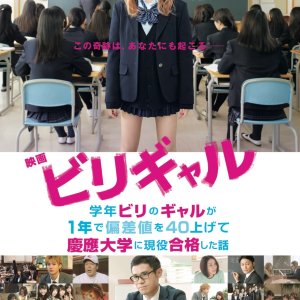 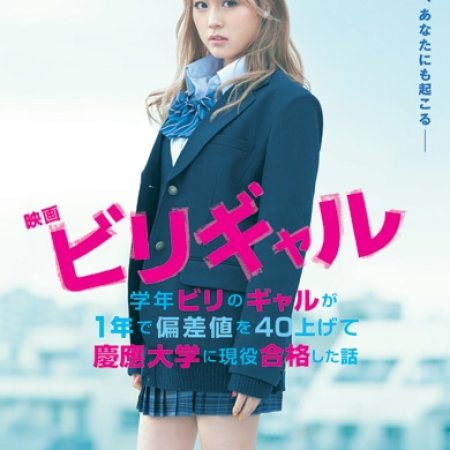 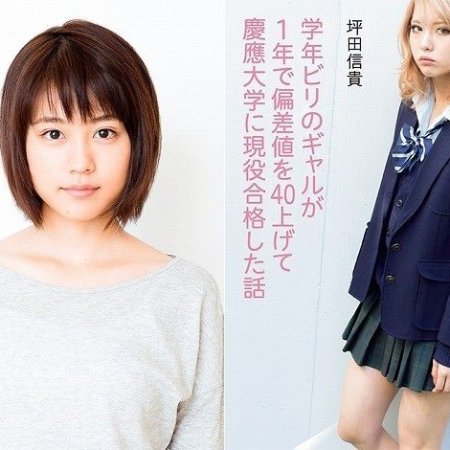 Completed
mikachan
35 people found this review helpful
Other reviews by this user
1
Dec 24, 2015
Completed 1
Overall 10
Story 8.0
Acting/Cast 10
Music 8.5
Rewatch Value 9.0
I'm still amazed I don't know what is this black magic because I came to watch this movie by chance and the plot wasn't something amazing to catch my attention but here it goes my review:
STORY
Like I said before the plot is very typical for japanese dramas and the yankee or problematic kids it's a theme that's very present in japanese dramas or movies but this movie wasn't about a problematic child it was something more.
ACTING/CAST
Seriously the main actress Arimura Kasumi really impressed me because I watched strobe edege (movie that I hated...yeah I'm weird and don't kill me thanks) but this movie really proved me wrong and showed me that she's a great actress and that I should be checking more of her works.
Yoshida You was incredible as Sayaka's mom she made me cry at least 2 times, well actually I was a sea of tears maybe because I'm very sensitive lol she really stood out for me in this movie and I'll make sure to check out more of her movies or dramas.
Of course we can't forget Ito Atsushi as that positive teacher that more of one we would have liked to have when we were in high school, he did a great job being this optimistic, kind and inspirational teacher, great job.
MUSIC
Actually I like some of the music here and there was a song by Masquerade that I really liked (and I know that because I searched it with shazam lol) the music fits pretty well with the movie and you may discover some good music
REWATCH VALUE
10/10 nothing more to say about it for me at least.
OVERALL
A great movie that you need to watch, it was a story that can happen in real life and shows you the importance of a good role model or you don't even need that just with someone that believes in you like Sayaka's mom, it really touched me. If you're sensitive like me maybe you'll cry but I cried and laughed with this amazing movie so after this long review YOU NEED TO WATCH THIS!

Completed
kek
15 people found this review helpful
Other reviews by this user
0
Sep 29, 2016
Completed 0
Overall 10
Story 10
Acting/Cast 10
Music 9.0
Rewatch Value 10
Just as a note, I never write reviews, but this movie touched my feelings so much that I feel like I should share why I think everyone should watch this film.

I don't think I disliked anything about this movie. It made me realise certain things, that you don't get anywhere if you don't try your hardest. I've always been someone who doesn't try their best, and I've always done the minimum possible when it comes to studying, that's why whilst watching this I could picture myself in a similar situation.

The story is in itself like a lesson everyone should learn, and I thoroughly enjoyed every single minute of this movie. I don't know how much I can say without spoiling anything. Basically if you think this movie is all about laughs and a straight road to success, you've got it so wrong. It's so much more than that on many levels, it shows you the life of a student which never tried at school. It shows you the hardships of studying, hardships of life itself. Everything from the brothers story to the family problems was what made the story even more worth watching. Don't expect to watch this without shedding a tear or two, because I did, and I never cry with movies to be honest. It might have been because I'm probably too emotional at the moment since I'm going through a hard patch myself.

The acting was on point. I literally felt everything from all characters, I felt like I was being sucked into their world and right on the spot, all the tears whether of sadness or joy were there. I related to some at times with hard choices to make concerning friendships and school.

If I were to summarise this into three words I would probably just say: Watch this movie
You won't regret it, you'll probably think about it for a while after its finished, you might find some motivation in it to do something you've always wanted to do because that's what this movie has done to me, taught me to never give up. 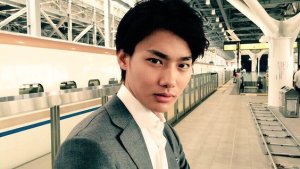 A Stalker's Guide to Nomura Shuhei 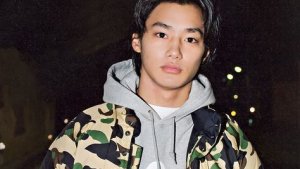