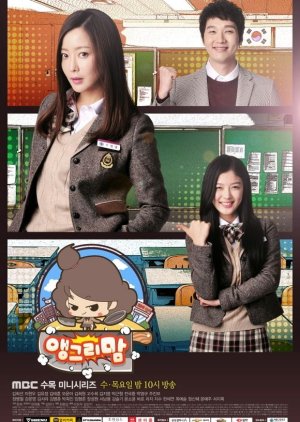 A mother and wife who has a past that her husband and mother-in-law are unaware of. A TV series that addresses school bullying where parents of the victims are helpless to stop the constant bullying. She's a mom who prefers watching TV soap operas over the news and has zero interest in politics. Without much of an education, she's ignorant about most matters. But she once was a gang member in her high school days and will wield a long knife to protect her child. When her daughter is bullied at school, she goes to meet the school principal and guess what happens? The school bullying was just the tip of the iceberg of myriad problems at the school that was rotten from the very top. The corruption among the private school board members has created a dangerous environment for the kids. What should be done? (Source: MBC) Edit Translation 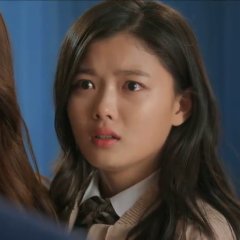 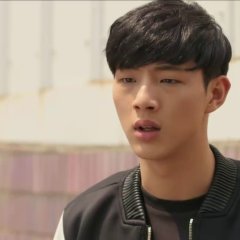 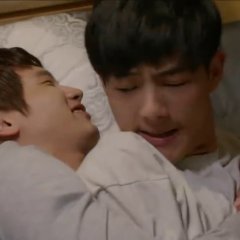 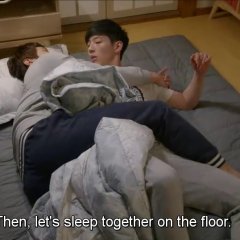 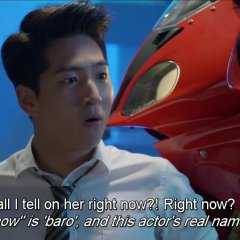 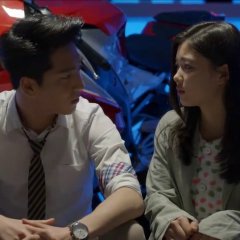 Completed
purplenette
87 people found this review helpful
Other reviews by this user
2
May 9, 2015
16 of 16 episodes seen
Completed 2
Overall 9.0
Story 9.0
Acting/Cast 9.0
Music 9.0
Rewatch Value 9.0
Honestly, when I read the synopsis of a mother that goes to high school, I thought this was going to be ridiculous and the story would be a comedy. I was absolutely wrong. Angry Mom is intense and takes a look at the darker side of human kind. It brings to light truths of school bullying and corruption under the exaggeration of a drama. The writer did a great job intertwining the lives of the characters and their individual stories while making each character necessary and building excellent character development. One angry mother starts a sequence of events to shine a light on the problems that every one else tries to ignore and/or cover up until she has rallied the help of teachers and other mothers alike. The best part is that the lead female character is strong while being emotional and conflicted on how to help her child. I absolutely love strong female leads.

Kim Hee Sun is perfect as loving and protective mom Jo Kang Ja as well as teenage friend Jo Bang Wool. I can't say enough about her acting. All of the actors were great from the young to the veteran actors. Regardless of Ji Soo's good looks, that boy can act. His emotional versatility as Go Bok Dong will take him a long way in the future. I look forward to seeing more of him. Kim Tae Hoon makes it easy and strangely sad to hate Do Jeong Woo. The person I felt the most conflict for was Kim Hee Won as Ahn Dong Chil. I wasn't sure what to think of him until the very end. I'm so glad the writer clears every thing up with him. His character was the link that held the story together. Besides the female lead, my favorite character is Go Su Hee as the quirky and totally lovable and ultimate best friend, Han Gong Joo. I adore her!!! I think the weak link is surprisingly Ji Hyun Woo as Park Noh Ah although I will say as the drama went on he got better. It may have been his character being that he seemed naive and weak that became stronger while remaining nice.

The music is really good.

I will probably rewatch this at some point.

I recommend this drama to everyone. It is really well written and acted,

Completed
DreamingKoreanBallad
62 people found this review helpful
Other reviews by this user
0
May 8, 2015
16 of 16 episodes seen
Completed 0
Overall 10
Story 10
Acting/Cast 10
Music 10
Rewatch Value 10
I thoroughly enjoyed this drama from beginning to end. You might go into this thinking it's just another 'school' drama with teens bullying teens and what-not but it's not I promise you - this show had an equally dark side balanced so well with comedy - I applaud the writer & directors and everyone who made it possible! A school filled with corruption and head haunches greedy for power and money - we see how low they can go just for power. Kids lives get entangled in this mess and with Jo Kang Ja's help learn how to climb out of "hell".

Kim Hee Sun rocked as a high-schooler believe it or not, I was surprised how good she looked in a high-school uniform. She was great at portraying a mother determined to protect her daughter, although a little naïve in the beginning her character grew throughout the drama. Even though she was a mother she matched so well with one high-schooler I couldn't help but ship them whenever they were together. and watching her fight with people was a plus.
Kim Yoo Jung as Oh Ah Ran was great a playing a teenager scared of the people that threatened her and her moms safety. I loved her moments with Hong Sang Tae played by B1A4's Baro - she melted his heart of ice.
Ji Soo as Go Bok Dong - this guy literally stole the show, not to mention my heart too <3 Every scene he was in was beautiful, dark, emotional, heartbreaking and brilliant! His damaged heart at the start of the drama was beautifully mended throughout the drama, with the warm touch of people who cared for him and those he cared for - his tears were wiped away <3 He was my favorite out of all the characters on this drama and the main reason for my checking in diligently every week! You'll fall in love with him too as you watch this drama.
Ji Hyun Woo as Park No Ah (whenever I say/hear his name I can't help but laugh a little inside "No Ah = Noah - the ark) anyways lol - I honestly can't think of any other actor who would pull off a naïve, sincere, honest, and "greatest fool" (quoting the drama words) "in the world." than he himself. I honestly got annoyed by his naivety in the beginning of the drama but it eventually ended up being his charm "after his eyes were opened". His fight to protect "his kids" was precious. & I enjoyed watching it.
Baro played a character who was caught in the prison of his dad's rules - Kim Yoo Jung tries to pull him out.
All the villains, supporting cast, guest stars were great.

The OST might not be up everyone's alley but it sure was right up mine! Most of the songs have a jazzy feel to them and are in half English/Korean - I loved each and every song! "Angry Mom" by Lee Juhan, "Sunny Side Up" by Ashbun, "Happy Magic" by Lee Hyun Woo, "Crying, Crying, Crying/I Love You, I'm Sorry" by ALi, & "Teleport Me" by Aberdeen Orange. 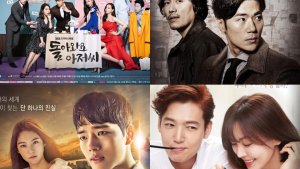 10 Underrated Korean Dramas That You Absolutely Must Watch! 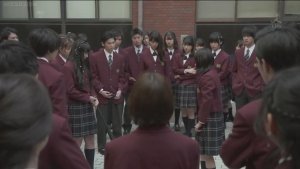