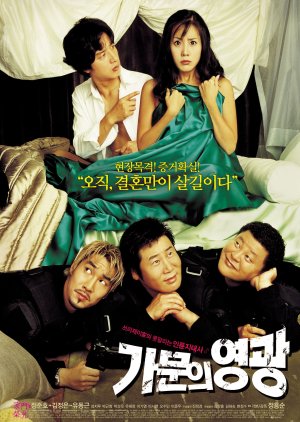 A man wakes up one morning to find a beautiful young woman sleeping nude beside him. Neither of them can remember the previous night's events. After trying to walk away from the incident and get back to his normal life as a lawyer, he quickly learns several important facts: 1. The girl is the daughter of a big crime boss. 2. She was allegedly a virgin before he had his way with her. 3. He can either choose to marry her, or be murdered. The circumstances are very suspicious, and it seems possible that he's somehow been framed into this position. But even a lawyer would have trouble talking his way out of this one-especially when the judge and jury are not at all impartial, are not his peers, all carry weapons, and want to kill him if he says the wrong thing. Edit Translation 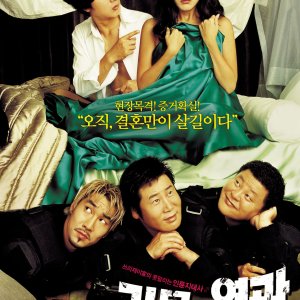 Completed
WonByungHoon
3 people found this review helpful
Other reviews by this user
0
Feb 28, 2013
Completed 0
Overall 9.0
Story 10
Acting/Cast 10
Music 9.0
Rewatch Value 9.0
This was just ridiculously good. Since its the original it was awsome because there's none other like it. In summary, three mafia boys have one sister and they will do anything to make her happy that includes hooking her up with a lawyer and forcing them to be together. This poor guy wakes up and finds some chick in his bed that he has never seen or have any idea how he even got home. Little does he know that this fatal mistake will enslave him. The girl informs her brothers and he is forced to marry her. They would even beat him up if he said anything negative. This is a must see if u want a good laugh.

Completed
silent_whispers
2 people found this review helpful
Other reviews by this user
0
Feb 22, 2014
Completed 0
Overall 5.0
Story 5.0
Acting/Cast 5.0
Music 7.0
Rewatch Value 3.0
Marrying the Mafia is part of my guilty pleasure genre: Mafia romances! Whether they be tragic or humorous. However, comedic mafia romances are my real Achilles' heel. So upon reading the title of Marrying the Mafia I had to watch it! I loved the idea of three mafia brothers deciding to play matchmaker for their beloved little sister. This movie was definitely chuckle worthy . . . and there in lies one of the problems.


The synopsis made this sound awesome! Mafia matchmaker. Yet as I watched it I felt like I was watching any number of mafia romantic comedies. Don't get me wrong I genuinely liked the couple--cute. With the help of the match making bullies they fall in love, again cute. But I actually found myself liking secondary characters more. The eldest brother of the mafia clan and his wife were a hoot! Especially the wife as she goes all Mission Impossible gangster all over a woman her husband is trying to seduce. In fact, if the next movie was about her I'd be all over that!


The worst part is the big romantic speech is skipped! You know that part in all romantic films we wait for. The speech. The one that comes after the couple seems like there going to split after some big misunderstanding. Let's be honest even non-romantic comedy fans look forward to this. What clever and moving, sometimes funny, words are they going to say to each other that seals the deal? Nope the leading man is driving frantically after his woman to let her know that he's really in this . . . and then they're getting married. I kept telling myself they'd flash back to it. You know she's walking down the isle and they show that missing speech at intervals until they "I do". Nope. There is a flashback, the one that shows us what really happened with the "one night stand". But I feel robbed.


In general this a great average addition to the mafia comedic romances. The matching making mafia bros where awesome! And loads of secondary characters help to hold up the average romance. But I think that missing romantic speech could have added depth to the love interests, because they had no chemistry and things were just too . . . passionless. It was basically watching two pushovers fall in love, though every once a while they finally got some spirit. The ending wedding and flashback almost make up for it. But I still feel robbed . . . even the comedic gags have all been done before, and they just smacked them down in this movie hoping viewers wouldn't have seen it else where. A solid average movie all around.