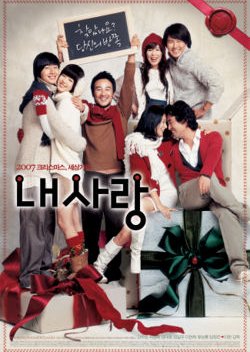 On the day of the total eclipse, four couples with different stories, finally find their true love. Se Jin is head-over-heels for his girl-friend Joo Won. But he is worried his otherworldly Joo Won may disappear one day and he will be left all alone. So Hyun falls in love with Ji Woo, a senior in college who is heartbroken by another girl. So Hyun asks Ji Woo to teach her how to drink as an excuse to spend more time with him. Jung Suk and Soo Jung is a workaholic couple who are struggling to start their relationship as Jung Suk is still not over his dead wife. And Jin Man who has been on a free-hug campaign around the world returns to his homeland in 6 years to meet his former girlfriend. The only key to finding her is the cell phone number he had 6 years ago. Edit Translation 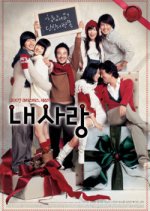 I was looking for a romantic film and I was attracted by the title so i just watched it.

It was kind of a sentimental film that plays on feelings somehow.

*I can't find many but i will mention that the way they mixed some stories toghether was nicely done, i hoped that they would go a little far but anyway it wasn't bad.
*So-hyeon and Ji Woo's love story was intresting to watch.

*The plot isn't a new thing, it was sort of predictable and I hate it when it's that way.
*I don't think script writers did something original with this film's storyline: it could've been so much better.
*Execpt So-hyeon and Ji Woo's love story, others were annoying considering considering the fact that it was a romantic film.

The reason I kept watching this was Jung Il Woo and Lee Yeon Hee presence because they were always cool actors to watch but other actors weren't that bad because the chosen cast were a strength point that counts for this film.
Chemistry wasn't that great but the lead actors communicated. I wouldn't go harsh on the characters because of the disappointing storyline.

That sort of ending was expected ever since the film started, it really bugs me when the storyline heads to the expected.

5)My Impression (How did it affect me):

*It didn't affect me simply because I haven't felt anything from it since I never had interest in it.
*This was a film that I forgot right after I finished watching it.

if you don't like this films actors then you wouldn't like this.
*If you're looking for a special romantic movie then this is not it.
*If you like sentimental love stories then you may like this.