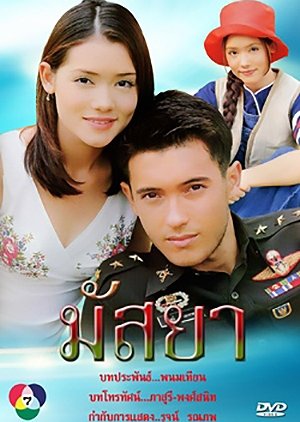 Massaya's father is kicked out (along with his wife and child) of the Rattanamahasarn family for marrying a girl from a "low class" Malay woman. Both parents having passed away early she was brought up by her maternal grandfather. Years later Massaya grows up as a free spirited, boyish and a little crude woman. Head of Rattanamahasarn family (Massaya's grandma) feeling sad and guilty about the past orders her grandson Lak tobring back Massaya. Massaya after coming back to Rattanamahasarn family feels like a outcast with overbearing rules, etiquette and a family who looks down on her. She can only feel comfortable with Lak as her true self while she constanly faces bullying from stepsisters and their mother. Edit Translation 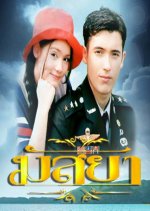 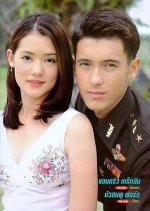 Completed
Onelovestorie
3 people found this review helpful
Other reviews by this user
0
Jun 21, 2018
11 of 11 episodes seen
Completed 0
Overall 10
Story 9.5
Acting/Cast 9.5
Music 9.5
Rewatch Value 10
A lot of people are leaving comments regarding the cousin marriage. Let me just clarify that they are not cousins in blood. Meaning, Massaya's father was adopted.

Now that thats out of the way, let me just gush about how awesome this series was. It's got such charm and I've watched this version at least 3 times so far. I understand some people's frustration that there could have been more interaction between the main leads, however, I don't think it detracts from how amazing this series is.

The show presents a very good family drama with heartfelt emotions and love without the usual screaming and over the top slapping in many thai lakorns now a days. Most of all, I find people in this series acted very well and performance wise, Andrew won my heart with his portrayal of the military man.

For anyone debating about which version to watch, I highly recommend this version over the newer version as acting, story as well as charm are above and beyond in this version compared to the newer version which falls into the trap of many recent thai lakorns (high pitched nasally females who fight and bicker and dramatic acting etc...).

New Topic
Be the first to create a discussion for Massaya