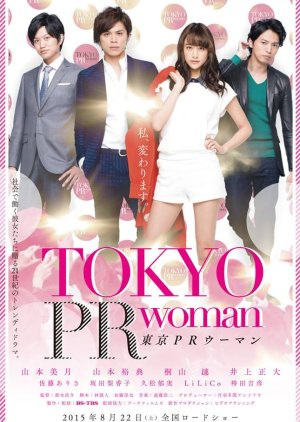 Misaki Rena works at a bank, but she lacks self-confidence. Because of this reason, she begins working for a PR company. As she struggles to work under her new boss, Kusakabe, Rena grows as a person. Edit Translation 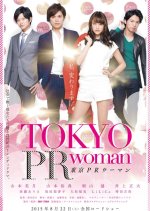 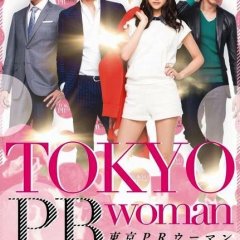 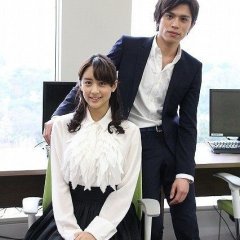 Completed
Paige
0 people found this review helpful
Other reviews by this user
3
May 4, 2016
Completed 3
Overall 8.0
Story 8.0
Acting/Cast 8.0
Music 7.5
Rewatch Value 9.0
After a long wait and much anticipation, finally I get my hands on this movie! \o/ An encouraging story, filled with hilarious moments, though yeah there could be time where you would feel like knocking the lead character on the head and yell at her demanding what the hell was she thinking. This movie has fulfill my anticipations, I find it worth the wait.

I won't lie, the reason why this movie has caught my eyes at all is because of the casts. When a movie feature three hot guys (my favorite Inoue Masahiro, Kimiyama Renn and Yamamoto Yusuke), it is just screaming out at me to go watch it. Though this movie certainly turn out to be more enjoyable than just sights of those handsome guys coming on screen, I won't say my opinion on this is entirely unbias though. XD

Let's get into breakdown before I digress further.

STORY: 8.0/10
An encouraging story, even though Rena's first intention for changing isn't for herself, it was for a guy. But still, that's understandable right, ladies? I think we all did that once or twice in our lives, that time our head were filled with ideas to change because we want to be someone different for this guy, this special guy who could be the one, who could be the prince of our lives. So there Rena went to interview at this very famous PR company because she wants to change, and somewhat, for some ridiculous reason, she was hired. Her life became magical, she somehow found herself is very good at her new job - though it is really just because she's lucky. And then you know how it goes, when you raise too fast up the ladder you're supposed to climb your head got filled up with it, and you make mistakes that you can't even begin to fix.

I've got to say, there are times I am pretty frustrated with Rena, thank God she grown to be better, that's perhaps why I would give the story part as high marks as this one.

Overall, it is quite an interesting story following this overly optimistic, cheerful woman and see how she fell and learn from her mistake. I like it for the way it is executed, but if you're not into watching woman making a fool out of herself, this movie might not be for you.


CAST: 8.0/10
Awesome casts, I have nothing to pick for this. For the first time Yamamoto Mizuki plays a lead she plays it really well, though this character simply just suit her I think, she is pretty, she is cheerful - with the cheerful voice and starry eyes to match. The sad thing is though, the male characters doesn't appear as much as I like them to. Yamamoto Yusuke acts that arrogant looking boss well enough (another that character just fits him, you know?) Kiriyama Renn plays the cool guy for once, and he actually appears as that handsome bachelor very well. Inoue Masahiro has an even smaller role, as Rena's boyfriend (but there are some lovely topless scenes in this, for all those Ma-kun fans out there ;) ;) ) I am pretty amuse at how much an idiot he can appears to be, adorable idiot, I would love and hate to have a boyfriend like that. XD

It is not outstanding bunch of casts, you will feel that they are just natural acting the role they are given, I would say the biggest surprise I have is from Renn and Masahiro. But overall a good casts (and I really isn't saying I am 100% unbias for this rating XD)


MUSIC: 7.5/10
Not memorable, but I distinctively remember that at some parts, the music fits the scenes just nice. Since this is not actually a music-theme movie, I would let this pass and say the music is really good enough.


REWATCH VALUE 9.0/10
Why? Hmm, overall a pleasant movie, I think I would definitely go back and watch it given the chance and time, even just to laugh at the funny scenes and marvel at how handsome Renn can appears and how adorable Masahiro is. It is a light and cheerful movie I would recommend to watch during a girls night, or simply anytime when you need a pick-me-up. XD


The overall is 8.0/10, quite a nice movie I would recommend watching (unless you really hate watching stupid woman making mistakes, for real). Thanks for taking the time and read this!