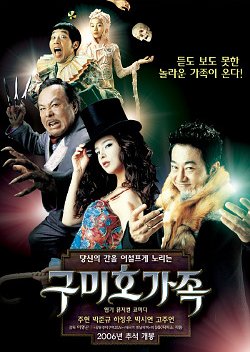 The Kumiho family circus in town -- and with it, apparently, a mysterious murderer. The members of motherless family aren't helping their case with their strange remarks about humans and their initial performances, cavalcades of dismemberment and torrents of blood which terrify the local kids. Pretty soon, a dour, downbeat cop is on the tail of the plucky, bumbling Kumihos. Or rather, tails -- "kumiho" is the word for the fox spirits of Korean mythology, and this clan from Nam Mountain near Seoul, temporarily disguised as people thanks to a magic spell, must eat human livers during a brief, once-in-a-millennium lunar eclipse to shed their foxy nature and assume permanent human form. When the sleazy reprobate on the run from mobsters stumbles into their eerie household, he soon finds himself a little too enthusiastically involved in their scheming after human fleshâ€”and involved with the sexy elder-sister fox spirit as well! Edit Translation 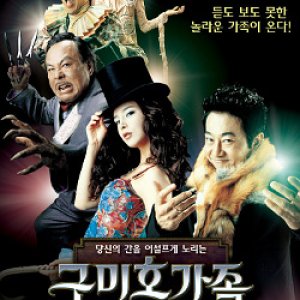 Completed
Senpai
0 people found this review helpful
Other reviews by this user
0
Feb 3, 2018
Completed 0
Overall 6.0
Story 4.0
Acting/Cast 8.0
Music 7.5
Rewatch Value 4.0
On the one hand,  it certainly looks like a childish or familiar film with its songs and  fanciful story about a family of foxes who wish to be human. But how many children's films would have been subtracted from a serial killer? Maybe it's not for kids ... Maybe it's just another long story with macabre humor and subliminal messages. A  "kumiho" is a kind of fox spirit in Korean mythology, and it is the  name that a group of them takes when they assume the human form. It's a bit difficult to connect with the Kumihos in part because they really do not feel human. The  narrative leaves them half unconscious for the everyday world, and  their circus act scares the children in a fun and bloody way. The cast makes them very easy a boring, in the end is a film in which they find the bizarre and the playful.