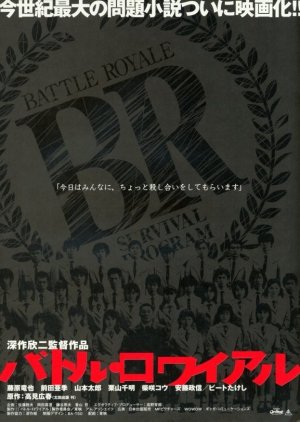 A group of ninth-grade students from a Japanese high school have been forced by legislation to compete in a Battle Royale. The students are taken to an abandoned island, each given a bag with a randomly selected weapon and a few rations of food and water and sent off to kill each other in a no-holds-barred (with a few minor rules) game to the death, which means that the students have three days to kill each other until one survives--or they all die. Edit Translation 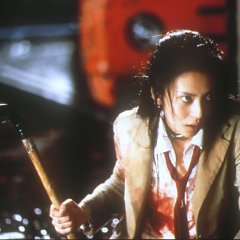 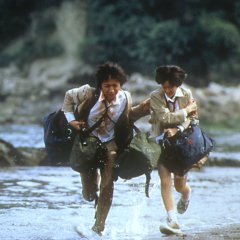 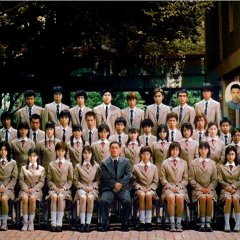 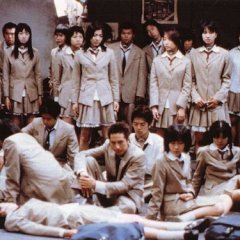 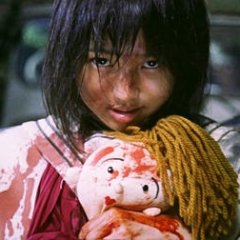 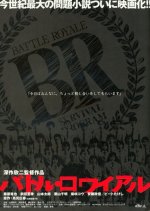 Completed
NutsyNoona
11 people found this review helpful
Other reviews by this user
0
Sep 8, 2012
Completed 0
Overall 8.0
Story 8.0
Acting/Cast 7.0
Music 9.0
Rewatch Value 6.0
Though I heard of this movie since I was in primary school I never actually watched it until today. Battle Royal is not just a movie, it's an existencial question: when the only rule is "to kill or be killed" ,what is the human being capable of doing? how will he behave?


STORY: The storyline is pretty simple and I even thought there were some "holes" in it but -as I said before- the -frightening- existencial question behind it draws the viewer's attention and makes him wonder "what if...".

ACTING/CAST: The acting is pretty average but it's actually a good thing because if the actors had acted too well the movie would have been unbearable to watch (I still shiver when I think of the delirious smile of the students-turned-crazy-murderers).

MUSIC: What I liked the more about the music isn't the music itself but its use. Classical music when used in a movie/series about normal-people-turning-cray-because-they-have-to-face-death adds something twisted/dark/cynical to it. The use of the slow, peaceful and beautiful music contrasts with what is happening and helps build this almost suffacating athmosphere.

REWATCH VALUE: I don't think this movie could be watched on a daily basis "just for fun". Like I said, the movie in itself isn't that good but it's this question behind it.

OVERALL: The movie is definitely a must-watch (except if you are already a freaking murderer or murderer-to-be). Points of view may differ but I believe the "best" part of it all isn't the blood and the killing but the way each character faced this bloody game and thus it makes us reflect on us.

Completed
unused
10 people found this review helpful
Other reviews by this user
0
Jul 3, 2012
Completed 0
Overall 10
Story 6.0
Acting/Cast 10
Music 10
Rewatch Value 6.0
So it's been a long time coming, but I've finally watched this movie. To be honest, I'm not sure if I would have been able to watch it were I any younger. I'm not a person who's very easily left mouth gaping at deaths in movies, but from the beginning of this movie to the very end, I was in tears. I gave this a 6 on story and on rewatch simply because I don't think I could deal with how painful the movie is a second time, and the story is seen a lot more frequently nowadays and isn't all that original, though I've read that the novels and manga are even more in depth than the movie was. At any rate, the movie does deserve the titles that it gets.

I don't think that it's fair to compare this movie to the Hunger Games even if they share some of the same themes, as they're both great in their own ways, and if anything, I was left a lot more devastated by Battle Royale than the Hunger Games (though I wouldn't say either was better than the other).

The cast of this movie is great, and most of them have become big names in Japan now, and due to the roles that they were playing... one can see why. 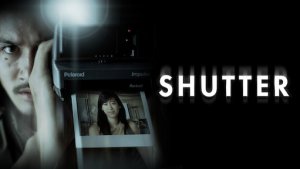 Thailand's Horror: An Invitation to my Japanese and Korean Horror Cousins