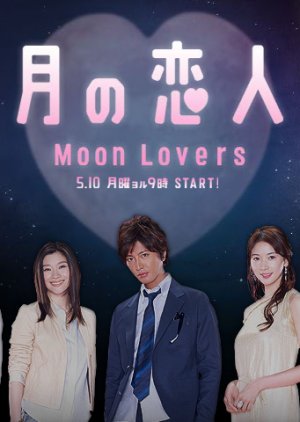 Hazuki Rensuke, the President of Regolith, is determined to increase his company's market share in the house furnishing business. His life takes a different turn when three women enter the picture. Edit Translation 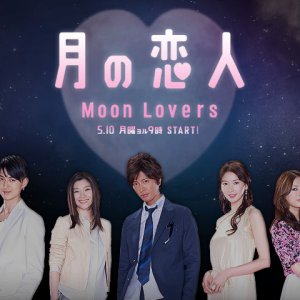 Completed
amrita828
25 people found this review helpful
Other reviews by this user
0
Aug 8, 2011
8 of 8 episodes seen
Completed 0
Overall 5.0
Story 5.0
Acting/Cast 9.0
Music 7.0
Rewatch Value 5.0
Tsuki No Koibito is the perfect example of a stellar cast totally wasted on a non-existent plot.
I watched it as soon as it finished airing, attracted by one of the best actors assembly I had come across in a long time. And true to their skills, they do an amazing job, given the luke-warm, inconsistent, shallow story they had to work with.
I understood none of the characters. Are they ambitious, serious, romantic, evil, malicious? No idea. They are all a mixture of those. Yes, in real life people are never clear-cut, but instead of coming out as imperfect human beings one can identify with, these characters appear like badly assembled patchwork quilts, behaving in a way one episode, the opposite way in the next.
The only character with a little consistency is Maemi, played by an impeccable Shinohara Ryoko.

Without spoiling the ending of the drama, suffice to know that it was so out of the blue, I could do nothing better than scratch my head in puzzlement.
What happened to that character? Why did that one act the way he did? What are they trying to say? What's the answer to that 4-coins quiz repeated to exhaustion?
All questions I found no answers to.

I can't remember the music. In these cases, I always end up giving it a non-committal 7. It certainly didn't blow me away.

Dropped 8/8
phoenixbasilisk
10 people found this review helpful
Other reviews by this user
0
Oct 25, 2012
8 of 8 episodes seen
Dropped 0
Overall 3.0
Story 3.0
Acting/Cast 6.0
Music 8.0
Rewatch Value 3.0
So at the start of this drama, I definitely thought it was going to be a decent watch, even though it contains much of the drama cliches we all know. The starting pair Ren and Xui Mei have very good chemistry together and injected some of the flavor into the story, (or lack of it). However, I suppose my biggest problem is the the sudden switch of pairings halfway through the drama to Ren and Maemi. I am not complaining because the OTP was changed, but the fact that I saw no inkling of a "romantic" relationship starting between them. Yes, I understand that the actor who plays Maemi (in my opinion is better), but it would have made more sense to let Ren show more affection to Maemi instead of showing us a heated relationship between Ren and Xui Mei. All in all there were good parts and bad parts in the drama, so watch at your own risk! There is a fair amount of eye candy though!