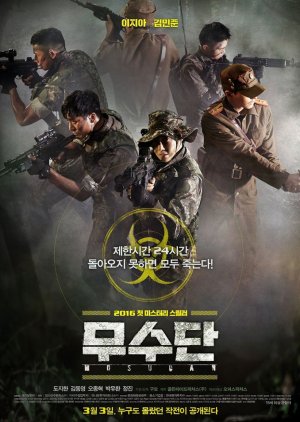 At DMZ (De-militarized Zone) of the Korean peninsula, a group of military officers found missing or dead, brutally attacked. A special force unit of an elite squad is assigned to uncover the mysterious case in 24 hours. During the mission, officers get disappeared one by one, and they get a chilly feeling that they are being hunted by an unidentified enemy. (Source: KoBiz) Edit Translation 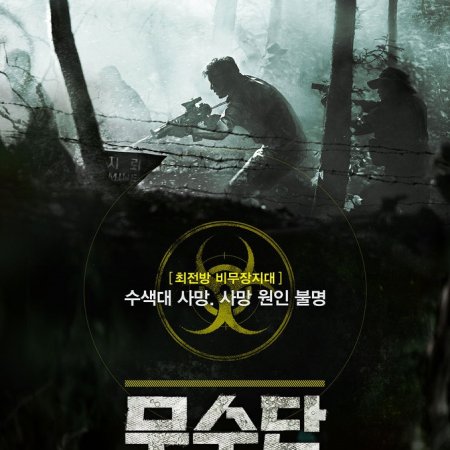 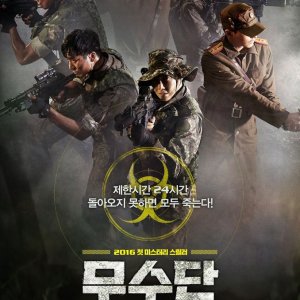 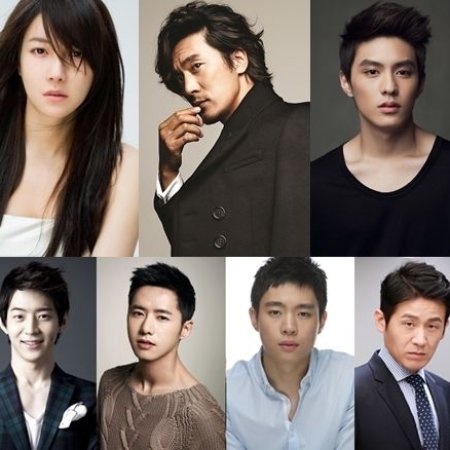 Completed
Senpai
0 people found this review helpful
Other reviews by this user
0
Jul 22, 2017
Completed 0
Overall 8.0
Story 7.5
Acting/Cast 8.0
Music 8.5
Rewatch Value 7.0
The monster and the theme of the story are not the strong ones of "Musudan", the narrative and cinematography are the best.
It's a military movie, I would say, it has problems like any other production, one of them is the scopes of some weapons, inadequate for the environment they are in, a simple production research would solve. Another rather curious point is that, in certain scenes on the dusty road, we see the same road in "Legend of the Patriots". The CGIs are very good, as for history, good, not ordinary nor simple, could be richer in details, especially the genetic part of the creature, now as far as narrative and acting was excellent, the unfortunate end gave the Film the touch they needed, since the action scenes no longer desired, especially at the climax of the film. The falseness of the rubble was very obvious.

New Topic
Be the first to create a discussion for Musudan